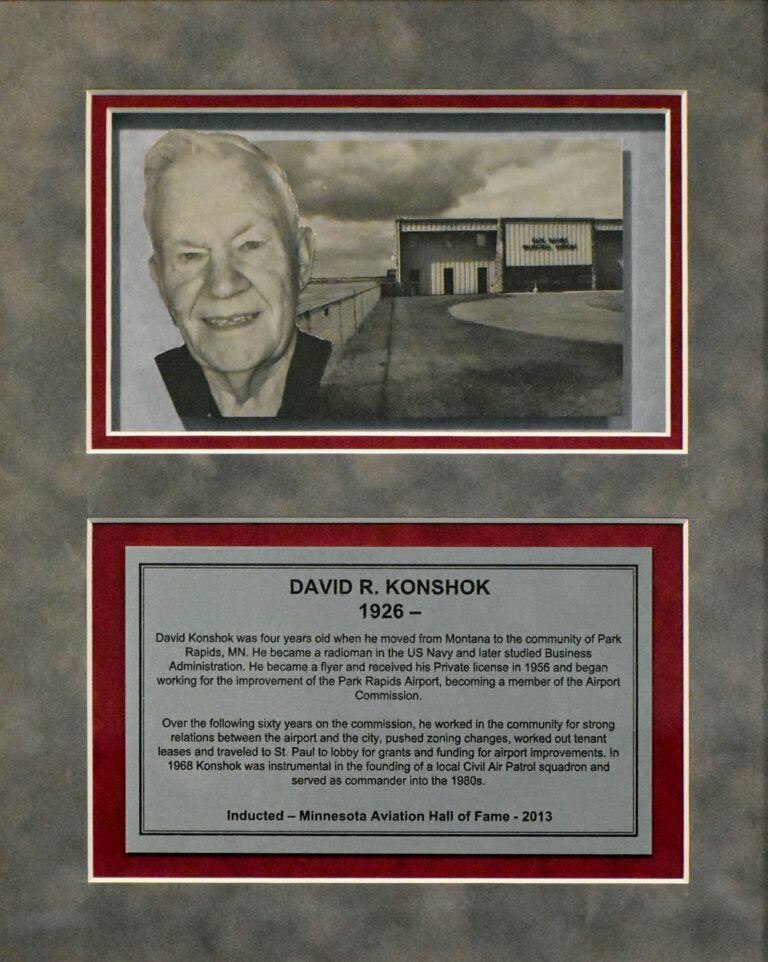 David Konshok was four years old when he moved from Montana to the community of Park Rapids, MN. He served as a radioman in the US Navy and later studied Business Administration. He became a flyer and received his Private license in 1956 and began working for the improvement of the Park Rapids Airport, becoming a member of the Airport Commission. Over the following sixty years on the commission he worked in the community for strong relations between the airport and the city, pushed zoning changes, worked out tenant leases and traveled to St. Paul to lobby for grants and funding for airport improvements. In 1968 Konshok was instrumental in the founding of a local Civil Air Patrol squadron and served as commander into the 1980s.