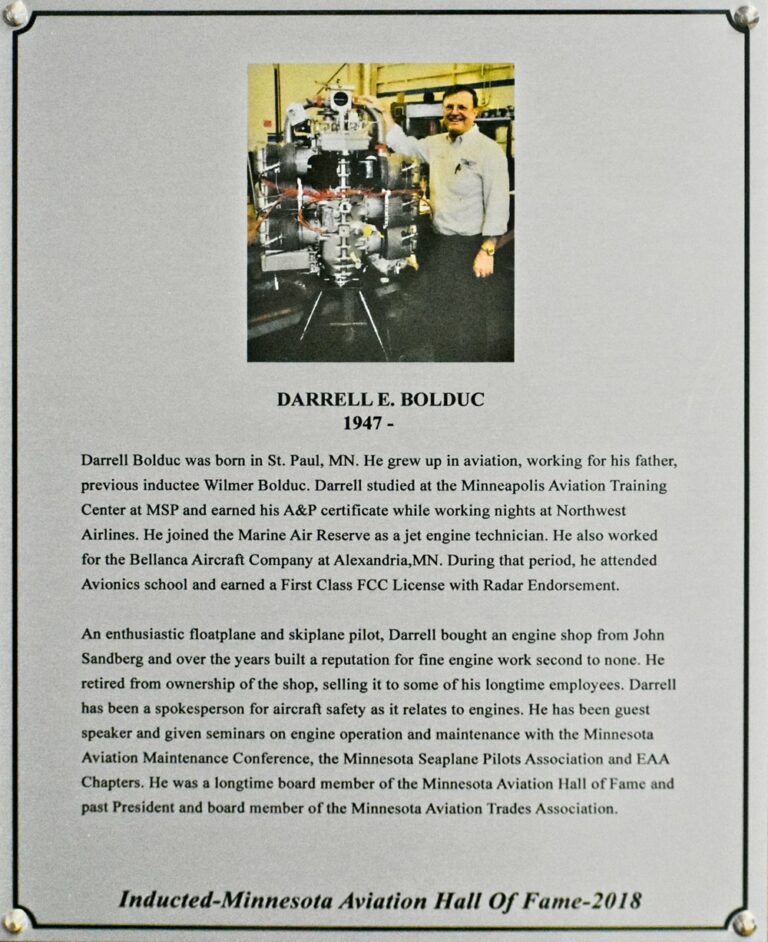 Darrell Bolduc was born in St. Paul, MN. He grew up in aviation, working for his father, previous inductee Wilmer Bolduc, on aircraft engines. Darrell studied at the Minneapolis Aviation Training Center at Flying Cloud and earned his A&P certificate while working nights at Northwest Airlines. He joined the Marine Air Reserve as a jet engine technician. He also worked for the Bellanca Aircraft Company at Alexandria, MN. During that period, he also crewed Unlimited racers at Reno for Sharon Sandberg.

A enthusiastic floatplane and skiplane pilot, Bolduc bought the engine shop from his father and over the years built a reputation for fine engine work that is second to none. He retired from ownership of the shop, selling it to some of his longtime employees. Bolduc has been a spokesman for aircraft safety as it relates to engines. He has been guest speaker and given seminars on engine maintenance with the Minnesota Aviation Trades Assn., the Minn. Seaplane Pilots Assn and EAA Chapters. He was a long-time board member of the Minnesota Aviation Hall of Fame.