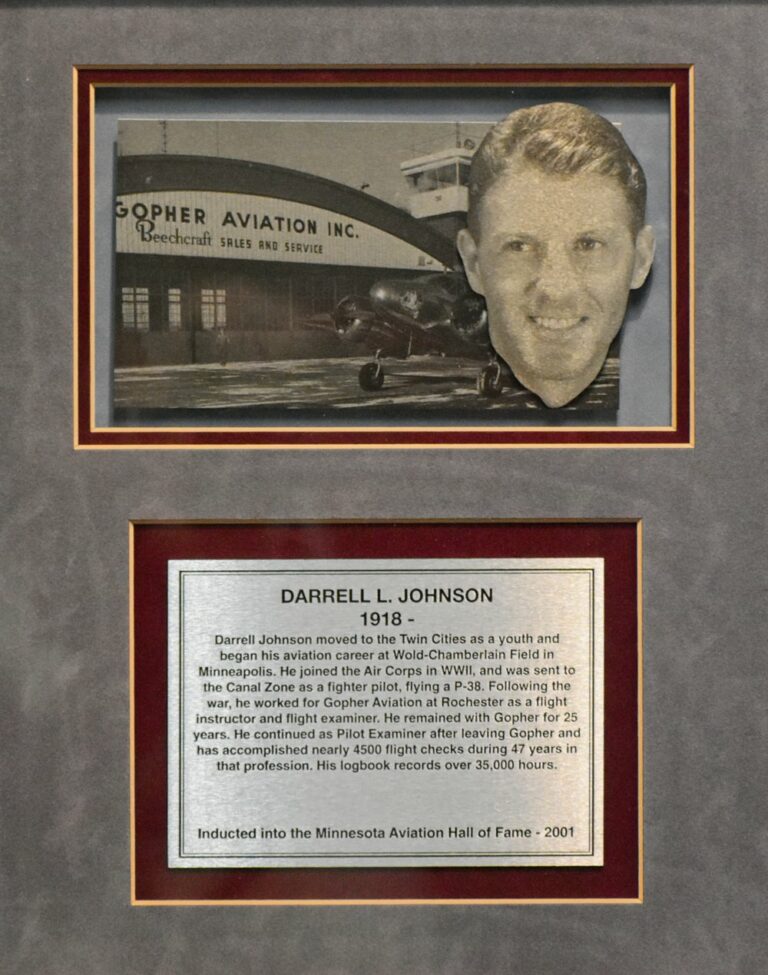 Darrell Johnson moved to the Twin Cities as a youth and began his aviation career at Wold-Chamberlain Field in Minneapolis. He joined the Air Corps in World War II and went to the Canal Zone as a P-38 fighter pilot.

Following the war he worked for Gopher Aviation at Rochester as a flight instructor and flight examiner. He remained with Gopher for 25 years before returning to his previous work as a pilot examiner. He has accomplished nearly 4,500 flight checks during 47 years. He has logged over 35,000 flight hours.