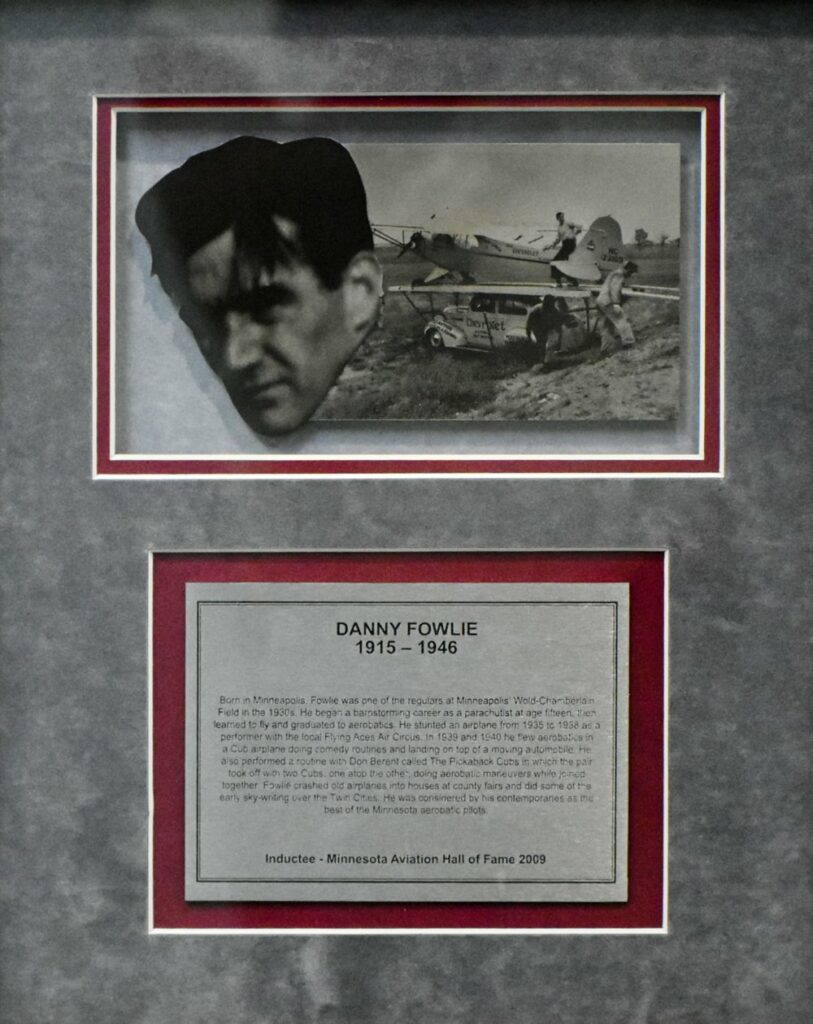 Born in Minneapolis, Fowlie was one of the regulars at Minneapolis’ Wold-Chamberlain Field in the 1930s. He began a barnstorming career as a parachutist at age fifteen, then learned to fly and graduated to aerobatics. He stunted an airplane from 1935 to 1938 as a performer with the local Flying Aces Air Circus. In 1939 and 1940 he flew aerobatics in a Cub airplane doing comedy routines and landing on top of a moving automobile. He also performed a routine with Don Berent called The Pickaback Cubs in which the pair took off with two Cubs, one atop the other, doing aerobatic maneuvers while joined together. Fowlie crashed old airplanes into houses at county fairs and did some of the early sky-writing over the Twin Cities. He was considered by his contemporaries as the best of the Minnesota aerobatic pilots.