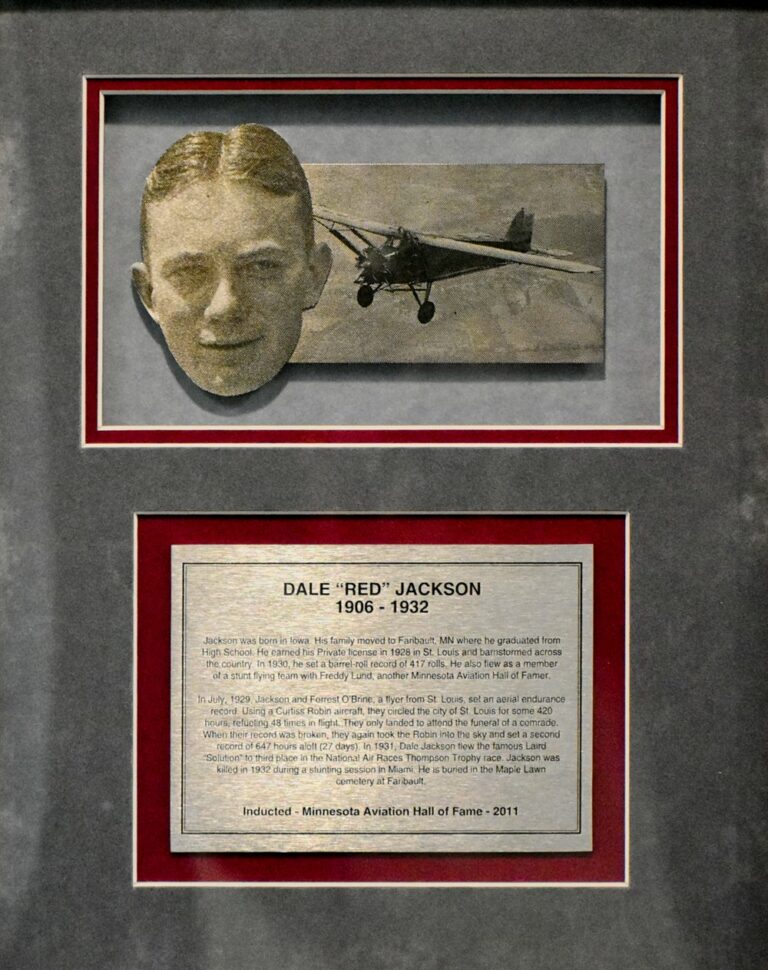 Jackson was born in Iowa. His family moved to Faribault, MN where he graduated from High School. He earned his Private license in 1928 in St. Louis and barnstormed across the country. In 1930, he set a barrel-rolling record of 417 rolls. He also flew as a member of a stunt flying team with Freddy Lund, another Minnesotan Aviation Hall of Famer.

In July, 1929, Jackson and Forrest O’Brine, a flyer from St. Louis, set an aerial endurance record. Using a Curtiss Robin aircraft, they circled the city of St. Louis for some 420 hours, refueling 48 times in flight. They only landed to attend the funeral of a comrade. When their record was broken, they again took the Robin into the sky and set a second record of 647 hours aloft (27 days). In 1931, Dale Jackson flew the famous Laird “Solution” to third place in the National Air Races Thompson Trophy race. Jackson was killed in 1932 during a stunting session in Miami. He is buried in the Maple Lawn cemetery at Faribault.