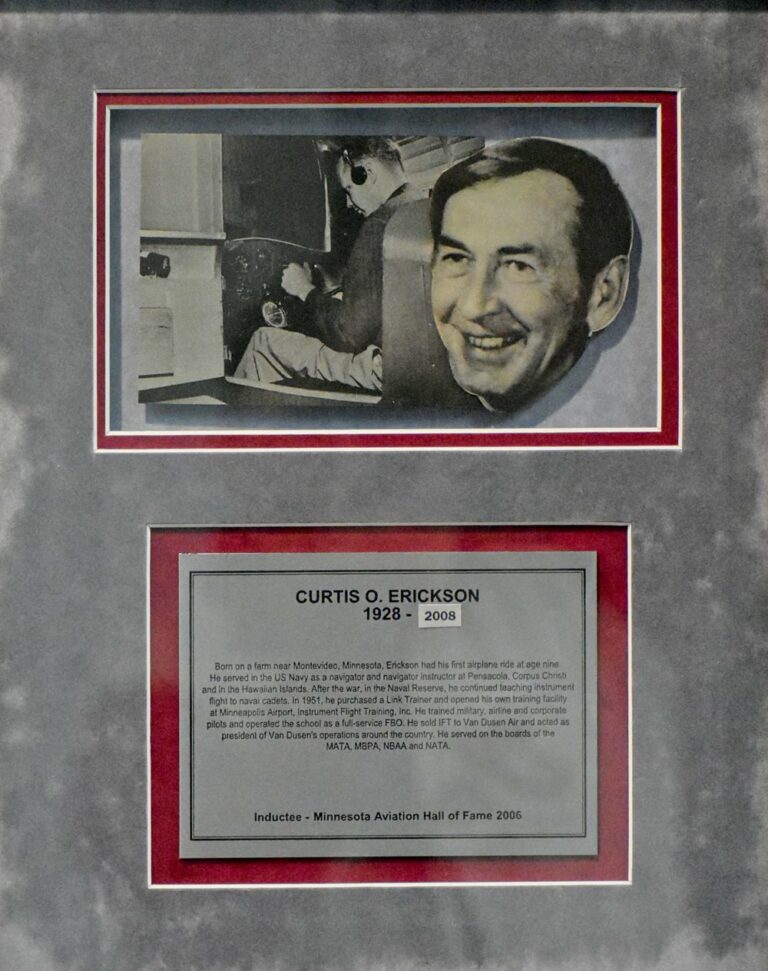 Born on a farm near Montevideo, Minnesota, Erickson had his first airplane ride at age nine. He served in the US Navy as a navigator and navigator instructor at Pensacola, Corpus Christi and in the Hawaiian Islands. After the war, in the Naval Reserve, he continued teaching instrument flight to naval cadets. In 1951, he purchased a Link Trainer and opened his own training facility at Minneapolis Airport, Instrument Flight Training, Inc. He trained military, airline and corporate pilots and operated the school as a full-service FBO. He sold IFT to Van Dusen Air and acted as president of Van Dusen’s operations around the country. He served on the boards of the MATA, MBPA, NBAA and NATA.