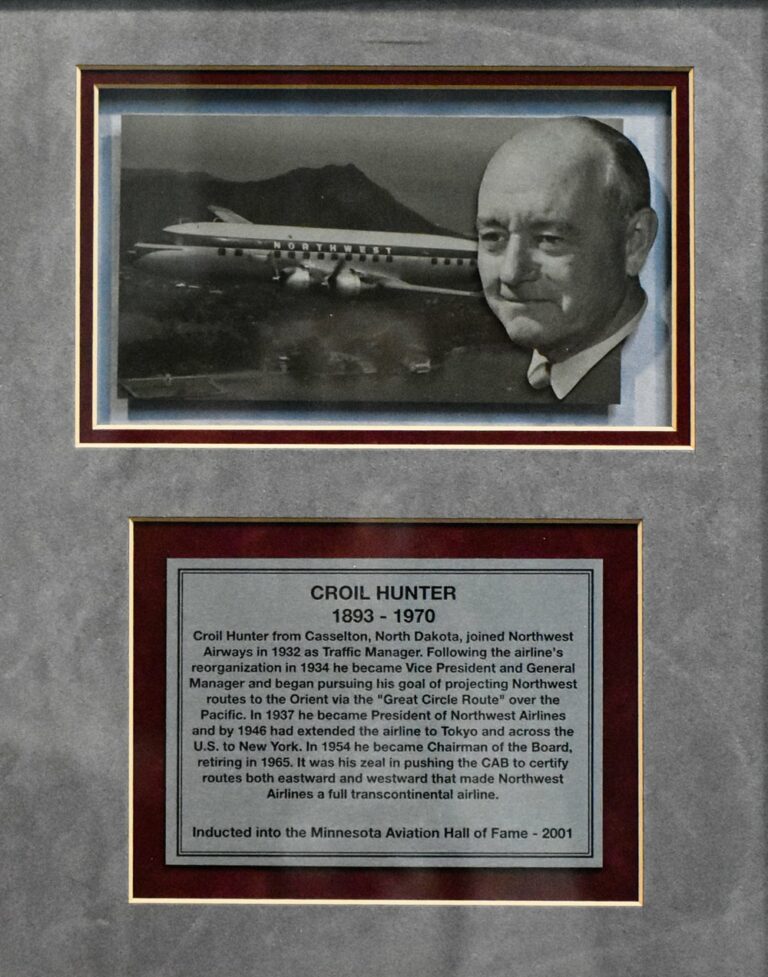 Hunter was born in Casselton, North Dakota. He attended Yale University and then served with the Field Artillery in World War I. He worked in the family business after the war until taking a job with First Bancredit Corporation in New York. He moved to Northwest Airways in 1932 as traffic manager and worked his way up the corporate ladder, becoming president and general manager in 1937 and chairing the board in 1953.

Hunter forged the airline route system to the West Coast, Seattle, Fairbanks, Siberia and the Orient. He also pushed the airline to the East Coast, making Northwest a national and international carrier.