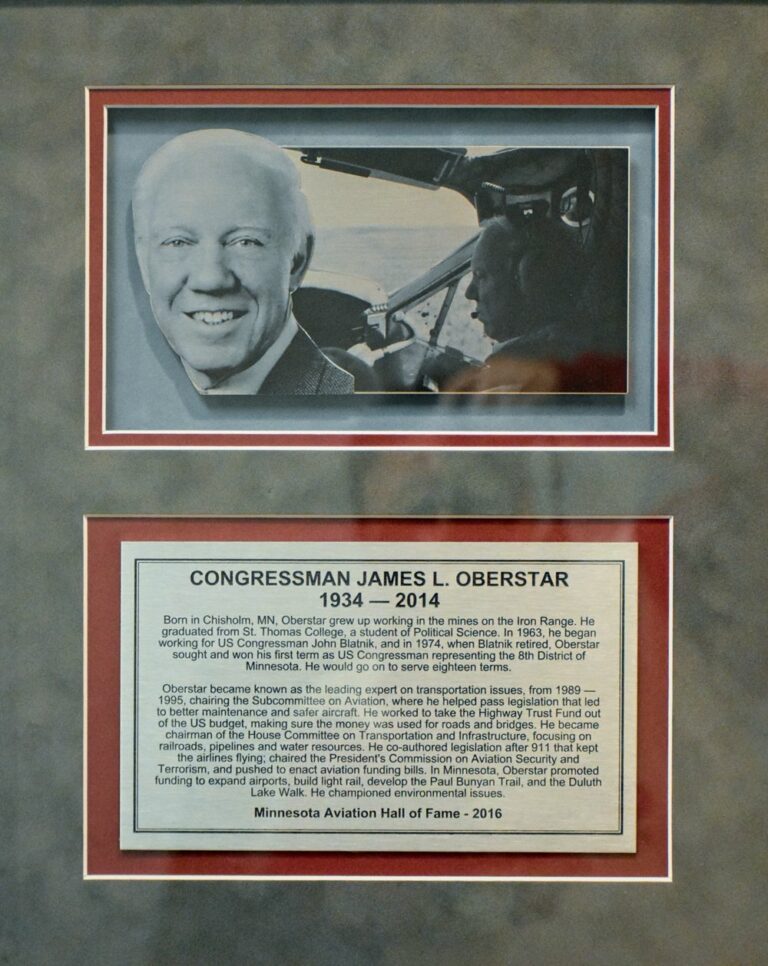 Born in Chisholm, MN, Oberstar grew up working in the mines on the Iron Range. He graduated from St. Thomas College, a student of Political Science. In 1963, he began working for US Congressman John Blatnik, and in 1974, when Blatnik retired, Oberstar won the first of eighteen terms as US Congressman representing the 8th District of Minnesota. He became known as the leading expert on transportation issues, chairing the Subcommittee on Aviation, where he helped pass legislation that led to better maintenance and safer aircraft. He worked to take the Highway Trust Fund out of the US budget, making sure the money was used for roads and bridges. He became chairman of the House Committee on Transportation and Infrastructure, focusing on railroads, pipelines and water resources. He co-authored legislation after 911 that kept the airlines flying; chaired the President's Commission on Aviation Security and Terrorism, and pushed to enact aviation funding bills including many in Minnesota.