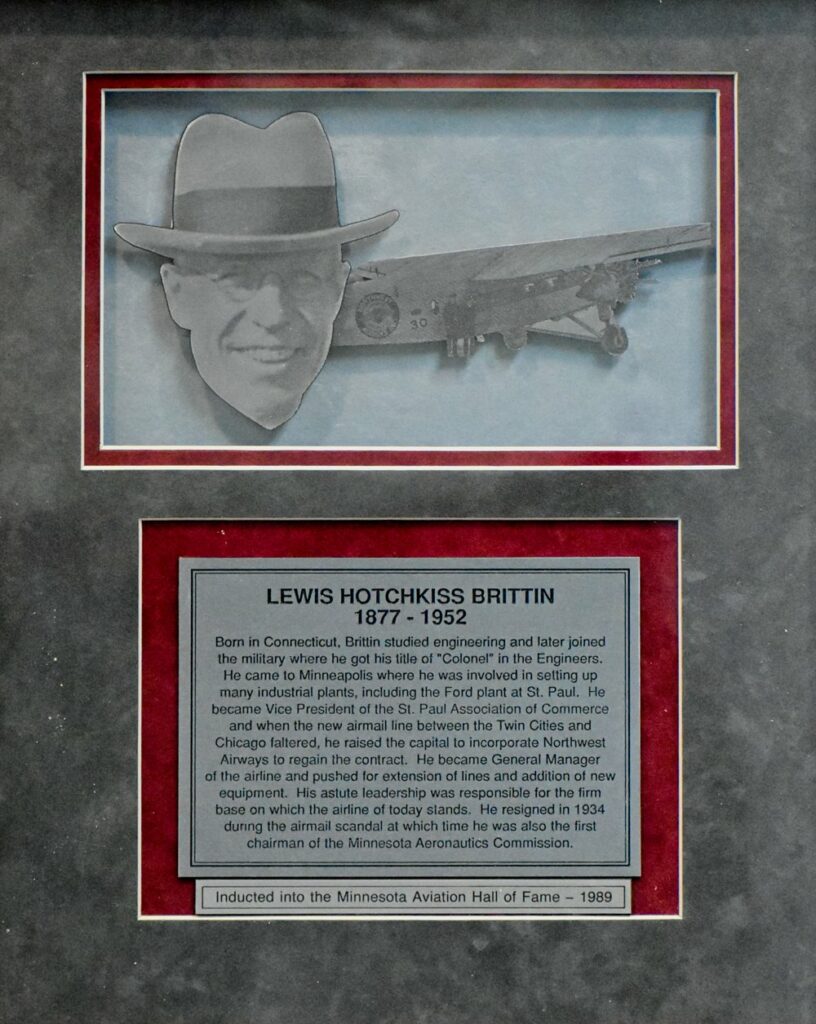 Born in Connecticut, Brittin was schooled as an engineer. He earned the title of Colonel as an officer in the Army Corps of Engineers. He came to Minneapolis and managed several industrial plant installations, including the Ford plant, and the lock and dam at St. Paul. Brittin became Vice-President of the St. Paul Association of Commerce. In 1926, he headed a campaign to buy out the faltering airmail line between the Twin Cities and Chicago. When the purchase was complete, he served as Northwest Airways Vice-President and General Manager until 1934. Under Brittin, the airline acquired a large modern aircraft fleet and expanded air routes.