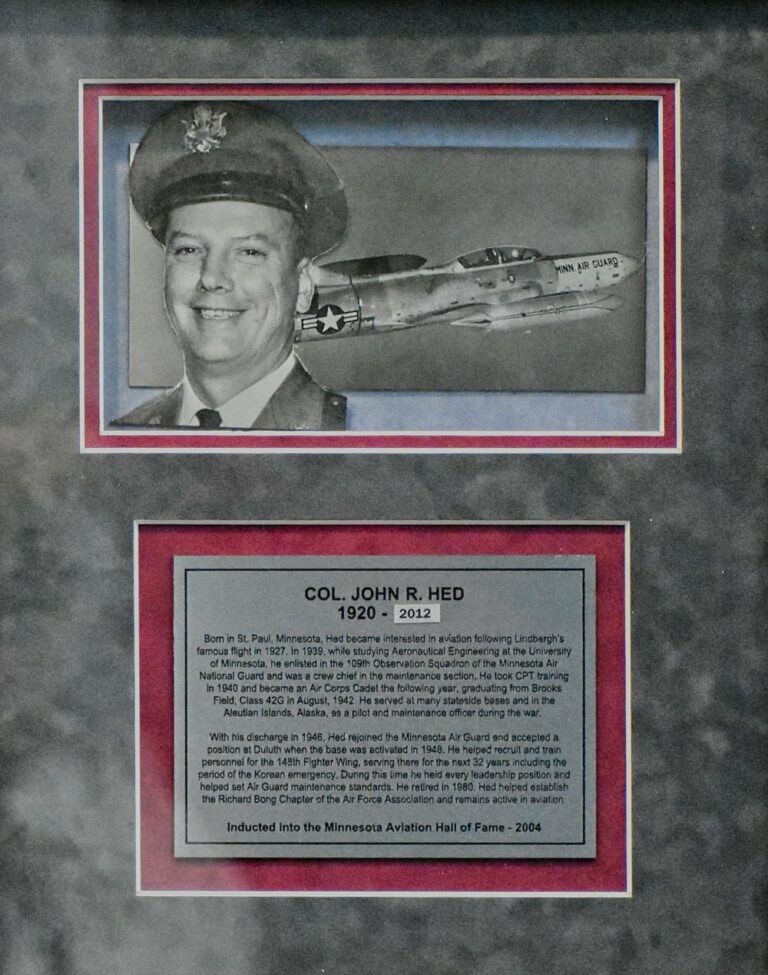 Born in St. Paul, Minnesota, Hed became interested in aviation as a youth following Lindbergh's famous flight. In 1929, after studying engineering at the University of Minnesota, he enlisted in the 109th Air Guard Squadron and became a crew chief in the maintenance section. He took CPT training in 1940 and became an Air Corps cadet the following year, training at Kelly Field, Texas. Hed served as pilot and maintenance officer during the war, based in Mississippi and Alaska.

With his discharge in 1946, Hed rejoined the Minnesota Air Guard and accepted a position at Duluth when the base was activated in 1948. He helped recruit and train personnel for the 148th Fighter Wing, serving there for the next 32 years in every leadership position and setting Air Guard maintenance standards. During this time, he also served in Korea. He retired in 1980 after logging hours in over 40 different aircraft. Hed helped establish the Richard Bong Chapter of the Air Force Association and remains in aviation.