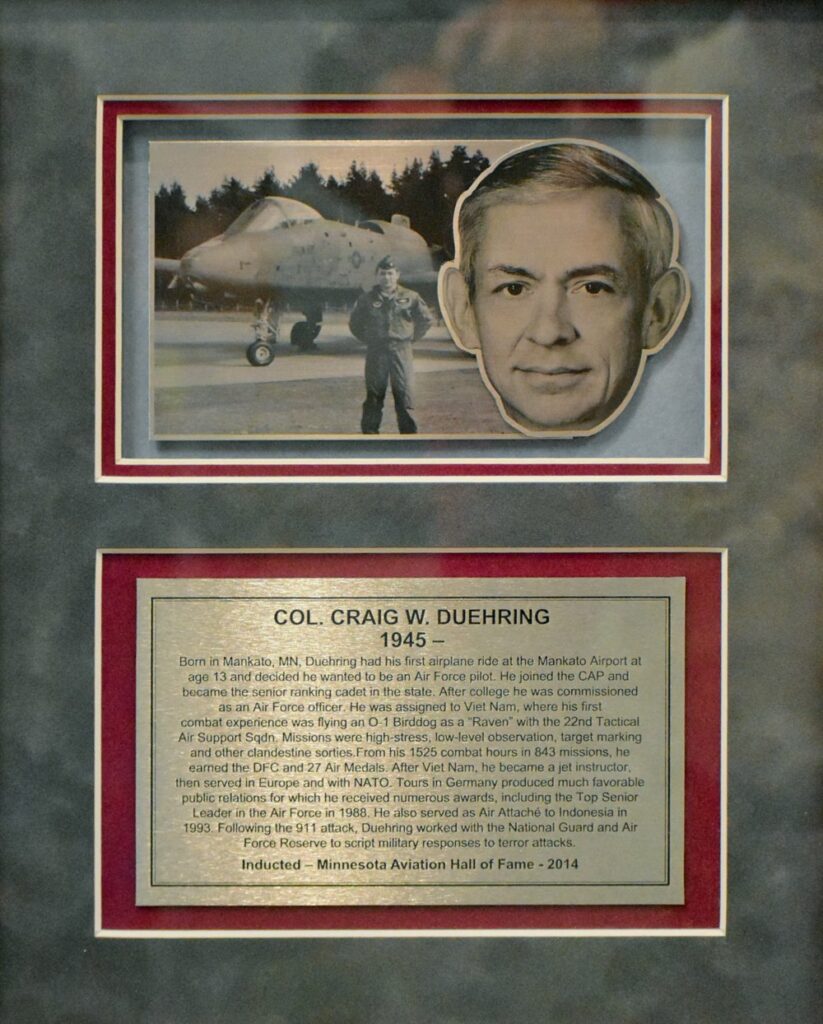 Born in Mankato, MN. Duehring had his first airplane ride at the Mankato Airport at age 13 and decided he wanted to be an Air Force pilot. He joined the CAP and became senior ranking cadet in the state. After college he joined the USAF and was commissioned an officer. Following training, he was assigned to SE Asia and flew his first tour as a forward air controller in Vietnam. During a second tour, he flew the O-1 as a‘Raven’ out of Laos. He logged 1525 combat hours during 843 missions, earning two DFCs and receiving the Silver Star Medal, the third highest military honor. He also earned 27 Air Medals.

After SE Asia, he served as a jet instructor, served with NATO in Europe and became Assistant Secretary of the Air Force. As such, he was responsible for all of the members of the Air Force; active, Reserve and Guard, coordinating assignments, training, housing and medical facilities. Following 911, Duehring worked with the military, helping to script responses to terror attacks.