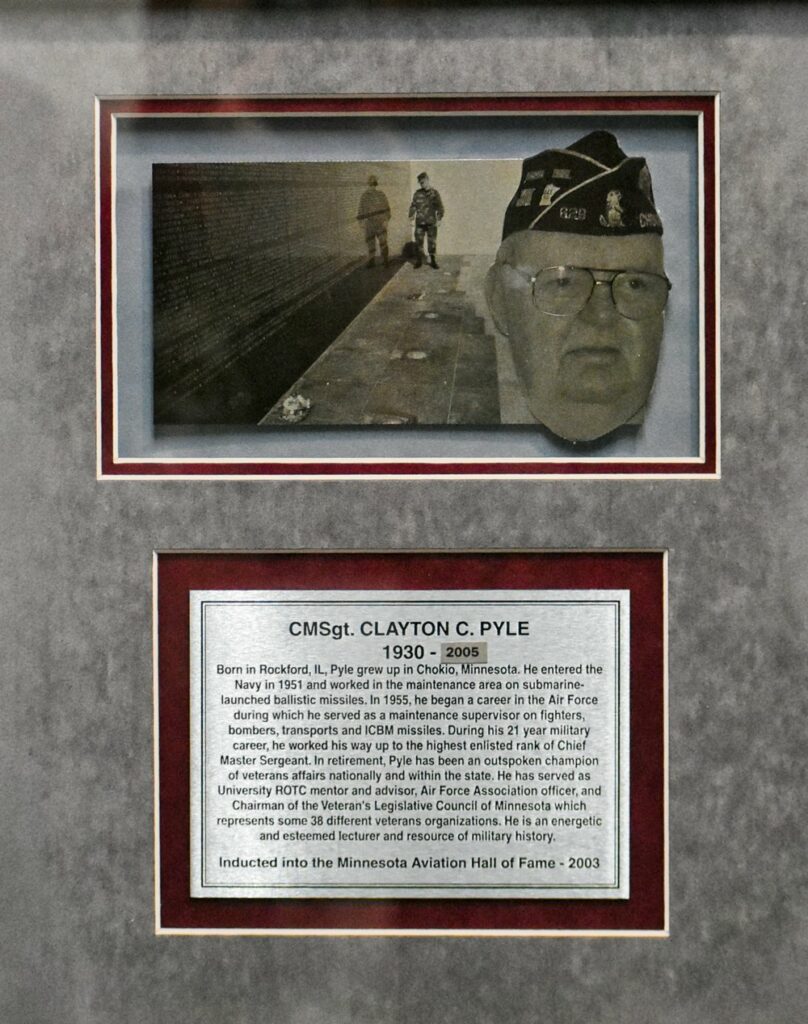 Born in Rockford, IL, Pyle grew up in Chokio, MN. He entered the Navy in 1951 and worked in the maintenance area on submarine-launched ballistic missiles. In 1955 he began a career in the Air Force during which he served as a maintenance supervisor on fighters, bombers, transports and ICBM missiles. During his 21-year military career, he worked his way up to the Air Force’s highest enlisted rank of Chief Master Sergeant.

In retirement Pyle has been an outspoken champion of veterans affairs nationally and within the state. He has served as University ROTC mentor and advisor, Air Force Association Officer and Chairman of the Veteran’s Legislative Council of Minnesota which represents some 38 different veterans organizations. He is an energetic and esteemed lecturer and resource of military history.