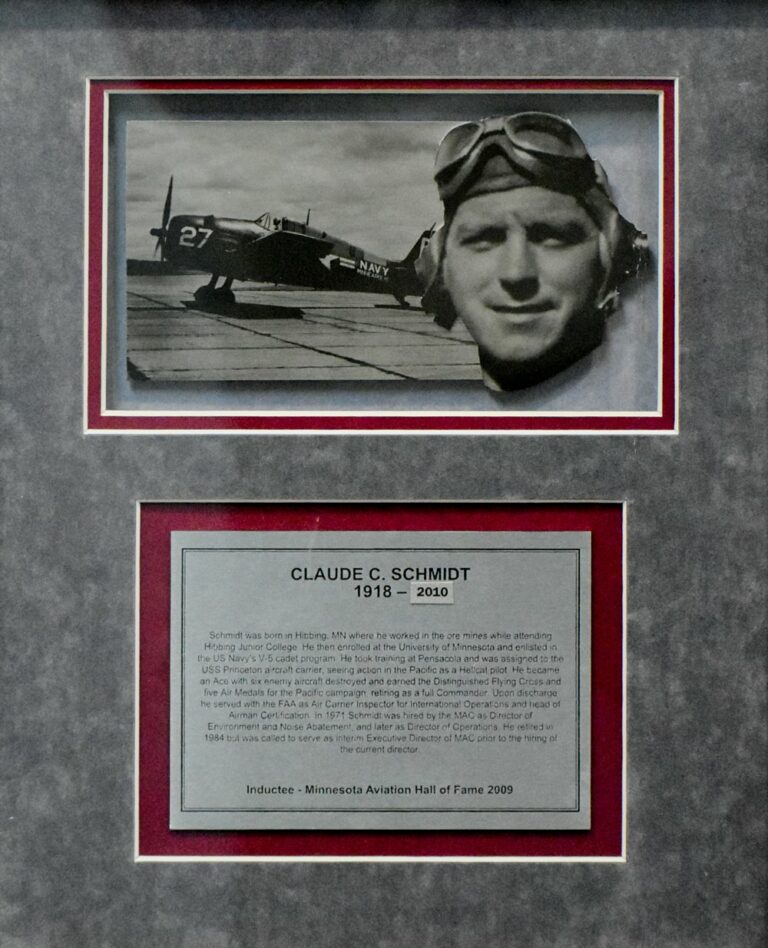 Schmidt was born in Hibbing, MN where he worked in the ore mines while attending Hibbing Junior College. He then enrolled at the University of Minnesota and enlisted in the US Navy’s V-5 cadet program. He took training at Pensacola and was assigned to the USS Princeton aircraft carrier, seeing action in the Pacific as a Hellcat pilot. He became an Ace with six enemy aircraft destroyed and earned the Distinguished Flying Cross and five Air Medals for the Pacific campaign, retiring as a full Commander. Upon discharge he served with the FAA as Air Carrier Inspector for International Operations and head of Airman Certification. In 1971 Schmidt was hired by the MAC as Director of Environment and Noise Abatement, and later as Director of Operations. He retired in 1984 but was called to serve as interim Executive Director of MAC prior to the hiring of the current director.