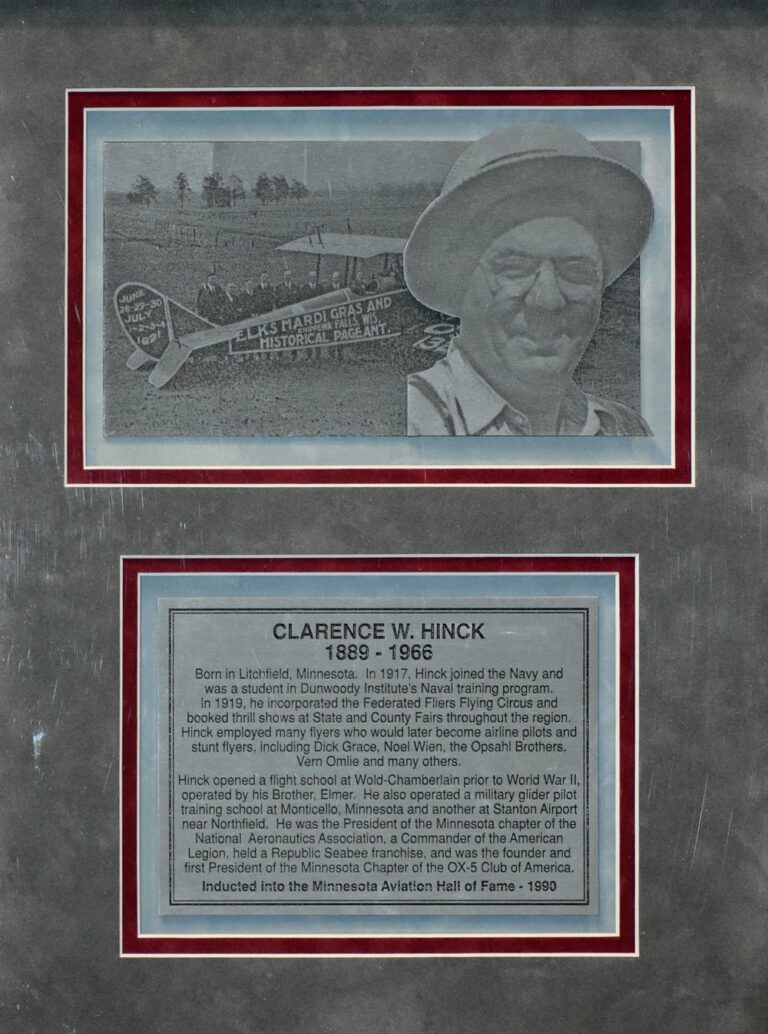 From Litchfield, Minnesota. "C. W." Hinck enlisted in the Navy in 1917 and was a student at Dunwoody Institute's Naval Training School. He became friends with the Commandant, Lt. Commander Colby Dodge, and they, along with Dick Grace, started the Federated Fliers Flying Circus. Operating from a field in Fridley, Minnesota, Hinck staged thrill shows at county fairs for many years. He opened a flight school at Wold-Chamberlain prior to World War II, operated by his brother, Elmer. He also contracted with the military to open a glider pilot training school at Monticello, Minnesota, and another at Stanton, Minnesota, near Northfield. Clarence was President of the Minnesota chapter of the National Aeronautics Association, a Commander of the American Legion, a Seabee dealer, and was founder and first president of the Minnesota chapter of the OX-5 Aviation Pioneers of America. He continued to be involved with aviation until his death in 1966.