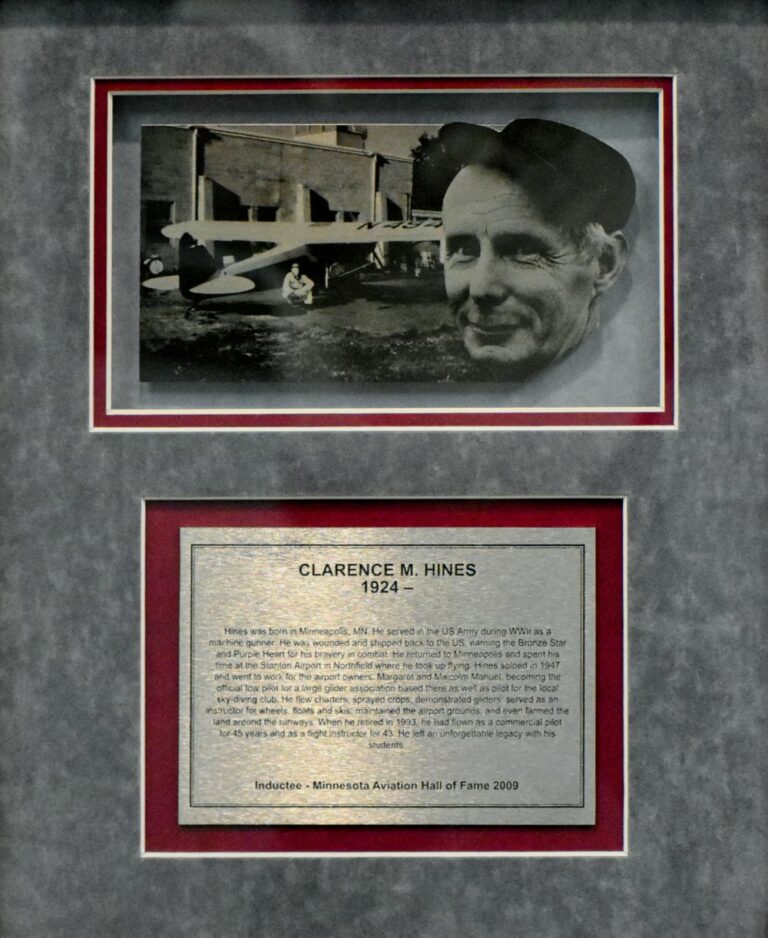 Hines was born in Minneapolis, MN. He served in the US Army during WWII as a machine gunner. He was wounded and shipped back to the US, earning the Bronze Star and Purple Heart for his bravery in combat. He returned to Minneapolis and spent his time at the Stanton Airport in Northfield where he took up flying. Hines soloed in 1947 and went to work for the airport owners, Margaret and Malcolm Manuel, becoming the official tow pilot for a large glider association based there as well as pilot for the local sky-diving club. He flew charters; sprayed crops; demonstrated gliders; served as an instructor for wheels, floats and skis; maintained the airport grounds; and even farmed the land around the runways. When he retired in 1993, he had flown as a commercial pilot for 45 years and as a flight instructor for 43. He left an unforgettable legacy with his students.