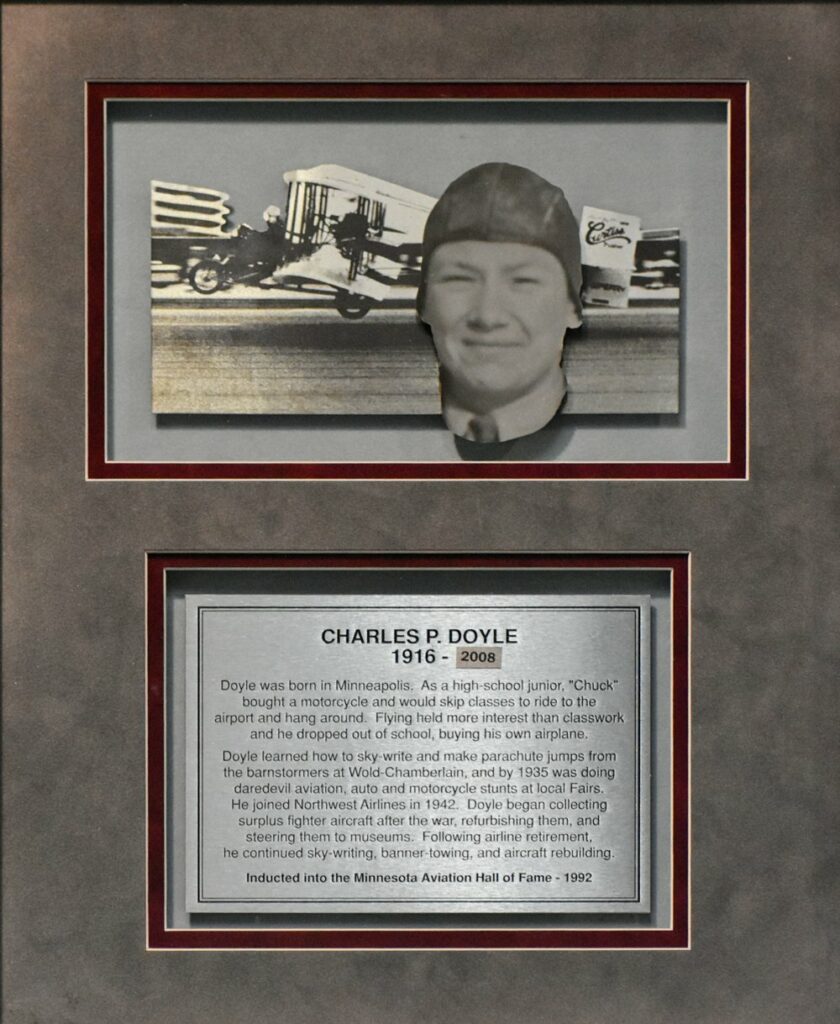 Doyle was born a daredevil, learning to fly while still in high school. He bought his first airplane when he was a senior and rebuilt it during the following winter. He started parachute jumping and made dozens of jumps as early as 1935, including several at the Minnesota State Fair. On his motorcycle, he leaped over cars, crashed through burning walls, and changed from it to an airplane as a thrill show performer. He joined a barnstorming troupe in 1937 and traveled around the country, making several housecrashes in the south. When the war started, Doyle was hired by Northwest Airlines and gave up the thrill shows, but kept rebuilding airplanes, skywriting, and towing banners. He had learned the skywriting trade from the first skywriters in the 1930s and still performs the art at this writing. He has had a hand in most of the aviation enterprises undertaken in the Twin City area, including part ownership of Southport Airport; restoring five warbird airplanes now in museums around the country; helping to bring an antique Grand Champion Hamilton Metalplane back from Alaska; and restoring a Curtiss Pusher.