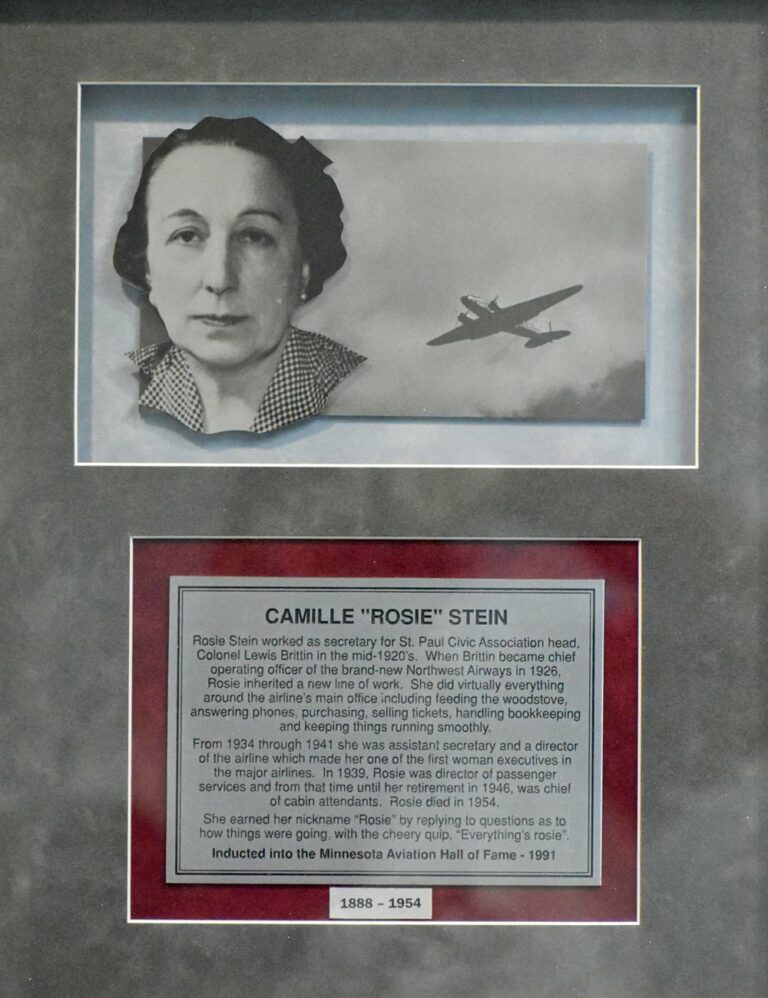 In the mid-1920s Rosie Stein worked as a secretary for Colonel Lewis Brittin, St. Paul Civic Association head. When Brittin became chief operating officer of the brand-new Northwest Airways in 1926, Rosie went along. She did virtually everything around the airline’s main office including feeding the woodstove, answering phones, purchasing, selling tickets, handling the bookkeeping and keeping things running smoothly.

From 1934 through 1941 she served as both assistant secretary and a director of the airline—one of the first such executives ever with a major airline. In 1939 she became director of passenger services (chief of the cabin attendants) and continued in that role until she retired in 1946.

Rosie died in 1954 but left behind a legacy: her familiar answer every time someone asked her how things were going. She always replied, “Everything’s rosie.”