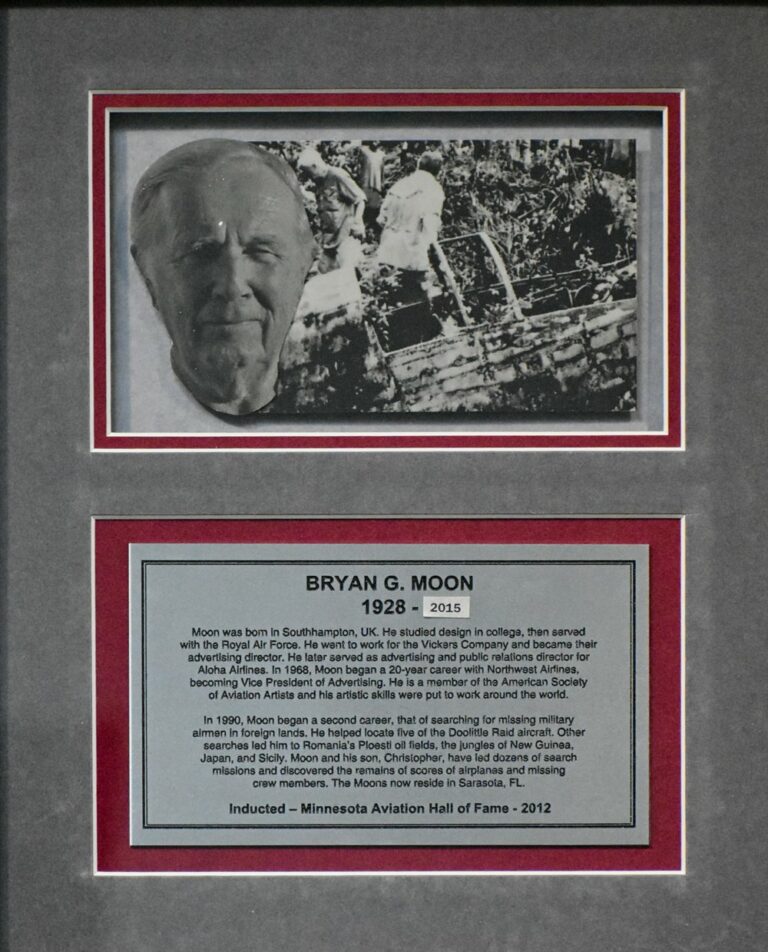 Moon was born in Southampton, UK. He studied design in college, and then served with the Royal Air Force. He went to work for the Vickers Company and became their advertising director. He later served as advertising and public relations director for Aloha Airlines. In 1968, Moon began a 20-year career with Northwest Airlines, becoming Vice President of Advertising. He is a member of the American Society of Aviation Artists and his artistic skills were put to work around the world. In 1990, Moon began a second career, that of searching for missing military airmen in foreign lands. He helped locate five of the Doolittle raid aircraft. Other searches led him to Romania’s Ploesti oil fields, the jungles of New Guinea, Japan, and Sicily. Moon and his son, Christopher, have led dozens of search missions and discovered the remains of scores of airplanes and missing crew members. The Moons now reside in Sarasota, FL.