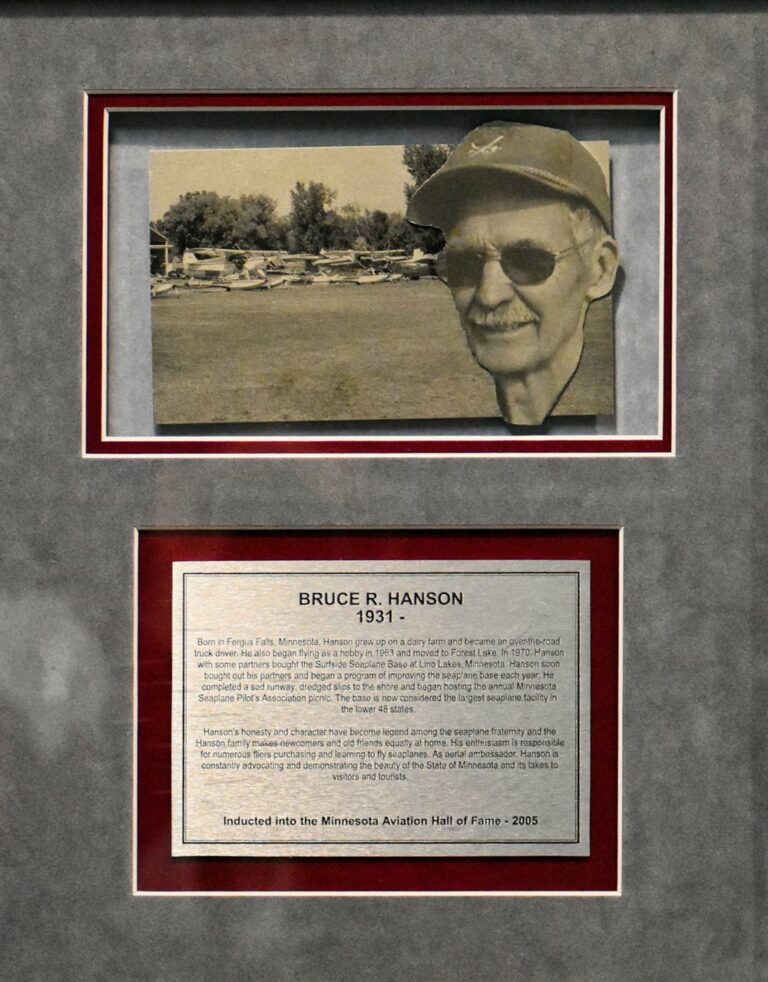 Born in Fergus Falls, Minnesota, Hanson grew up on a dairy farm and became an over-the-road truck driver. He also began flying as a hobby in 1963 and moved to Forest Lake. In 1970, Hanson, with some partners, bought the Surfside Seaplane Base at Lino Lakes, Minnesota. Hanson soon bought out his partners and began a program of improving the seaplane base each year. He completed a sod runway, dredged slips to the shore and began hosting the annual Minnesota Seaplane Pilot's Association picnic. The base is now considered the largest seaplane facility i n the lower 48 states.

Hanson's honesty and character have become legend among the seaplane fraternity and the Hanson family makes newcomers and old friends equally at home. His enthusiasm is responsible for numerous fliers purchasing and learning to fly seaplanes. As aerial ambassador, Hanson is constantly advocating and demonstrating the beauty of the State of Minnesota and its lakes to visitors and tourists.