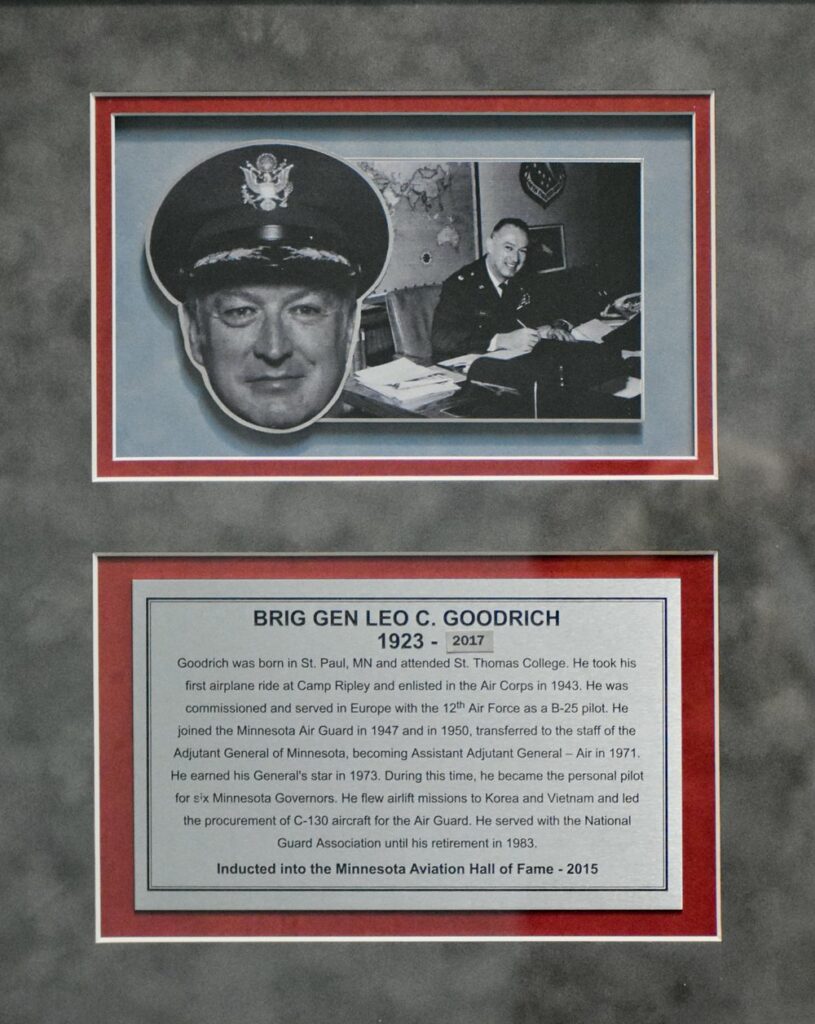 Goodrich was born in St. Paul, MN and attended St. Thomas College. He took his first airplane ride at Camp Ripley and enlisted in the Air Corps in 1943. He was commissioned and served in Europe with the 12th Air Force as a B-25 pilot. He joined the Minnesota Air Guard in 1947 and in 1950, transferred to the staff of the Adjutant General of Minnesota, becoming Assistant Adjutant General – Air in 1971. He earned his General’s star in 1973. During this time, he became the personal pilot for six Minnesota Governors. He flew airlift missions to Korea and Vietnam and led the procurement of C-130 aircraft for the Air Guard. He served with the National Guard Association until his retirement in 1983.