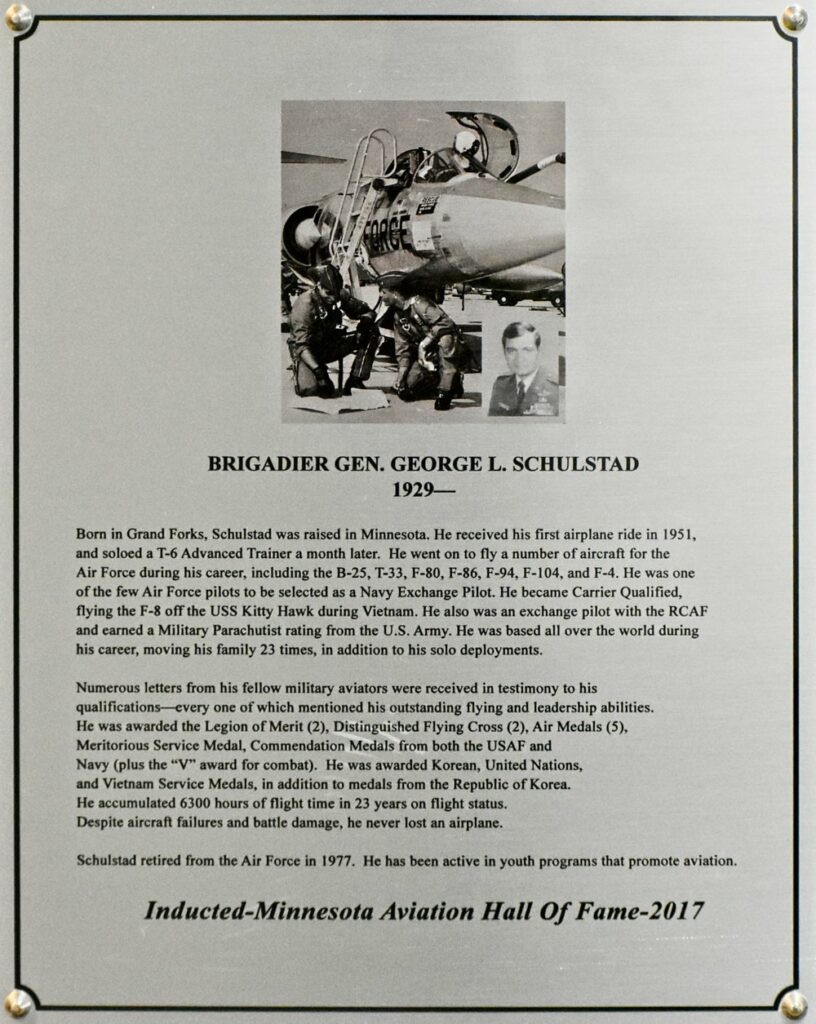 Born in Grand Forks, ND, Schulstad attended elementary and high school in Minnesota, then studied at Mayville College, ND and Moorhead State. He entered Aviation Cadet Training in 1952 and eventually logged over 6000 hours in 23 years in the Air Force. In his career, he served in Japan, a second tour in Germany. He was selected for exchange duty with the RCAF, flying another tour as “Top Cover for NATO” in Germany. Back in the states, he served in Air defense Command at Westover AFB, MA. and was deployed at NAS Key West during the Cuban Missile Crisis. He was then assigned as an exchange pilot to the US Navy and flew F-8 Crusader aircraft over the Gulf of Tonkin, later combat sorties over Vietnam. Following duty with the USAF, he organized , trained and commanded the 560th Tactical Fighter Sqdn. and served again in Vietnam. He was named Brigadier General in 1975 and later served in the US before retiring in 1977. Subsequent to his military career, Schulstad garnered a degree in History from Park College, MO and an MS degree in Personnel Management from Geo. Washington University, Washington, DC and worked 25 years in the private sector in the aerospace industry.