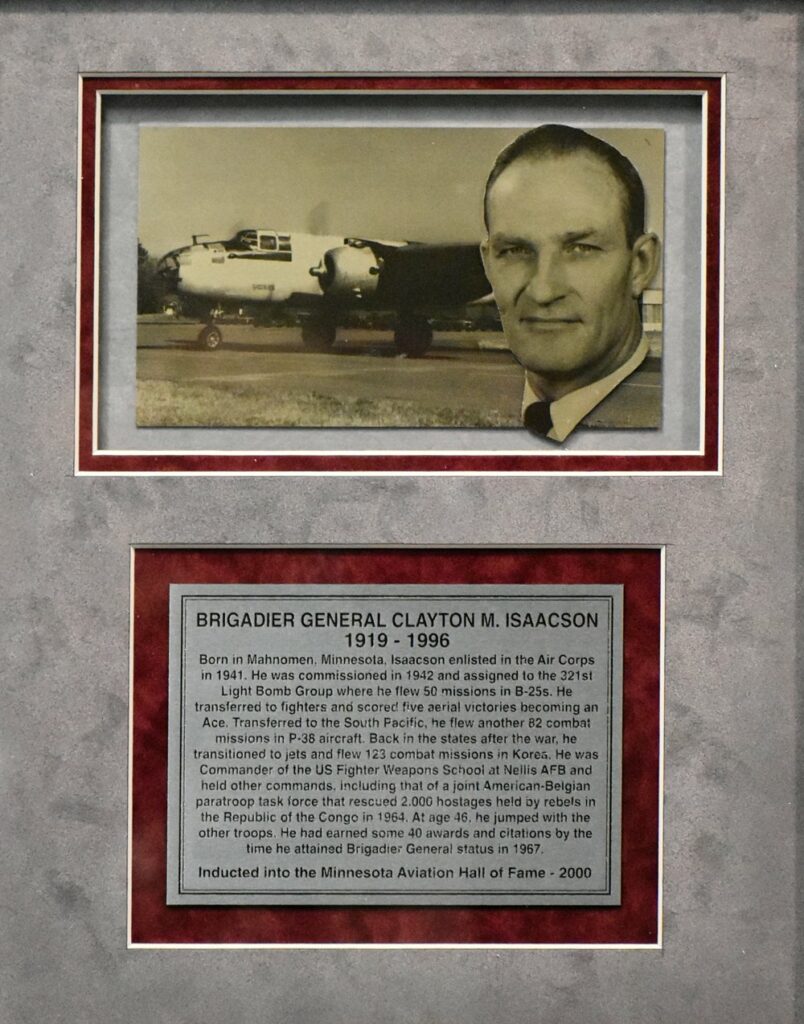 Isaacson, who was born in Mahnomen, Minnesota, enlisted in the Air Corps in 1941 and went on to fly 50 B-25 missions for the 321st Light Bomb Group. After he transferred to fighters he became an ace, scoring five aerial victories. He flew 82 combat missions in P-38 airplanes in the South Pacific. After World War II he flew 123 jet combat missions in Korea. He became commander of the U.S. Fighter Weapons School at Nellis Air Force Base and held several other commands.

Isaacson also commanded a joint American-Belgian paratroop task force that rescued 2,400 hostages held by rebels in the Republic of Congo in 1964. Even at the age of 64, he jumped with the other troops. He earned over 40 awards and citations by the time he became brigadier general in 1967.