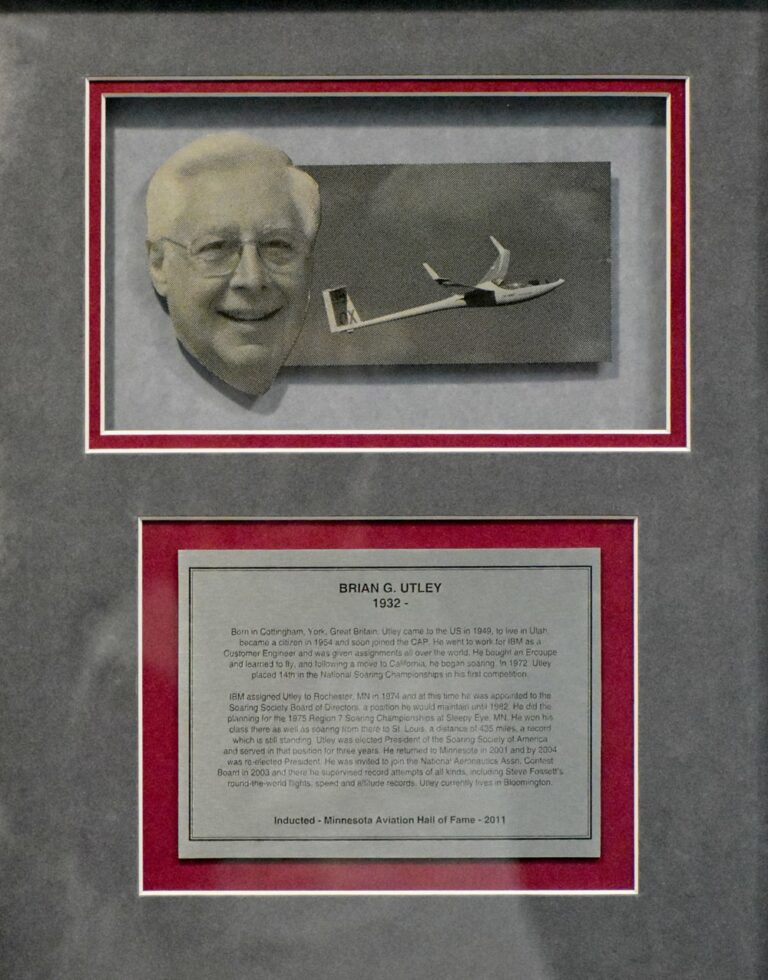 Born in Cottingham, York, Great Britain, Utley came to the US in 1949, to live in Utah, became a citizen in 1954 and soon joined the CAP. He went to work for IBM as a Customer Engineer and was given assignments all over the world. He bought an Ercoupe and learned to fly, and following a move to California, began soaring. In 1972, Utley placed 14th in the National Soaring Championships in his first competition.

IBM assigned Utley to Rochester, MN in 1974 and at this time he was appointed to the Soaring Society Board of Directors, a position he would maintain until 1982. He did the planning for the 1975 Region 7 Soaring Championships at Sleepy Eye, MN. He won his class there as well as soaring from there to St. Louis, a distance of 435 miles, a record which is still standing. In 1977, he soared to over 30,000 ft over Pikes Peak, CO. Utley was elected President of the Soaring Society of America in 1978. He returned to Minnesota in 2001. Utley was invited to join the National Aeronautics Assn. Contest and Records Board in 2003. There he supervised record attempts of all kinds, including Steve Fossett’s round-the-world flights, speed and altitude records. Utley currently lives in Bloomington, MN.