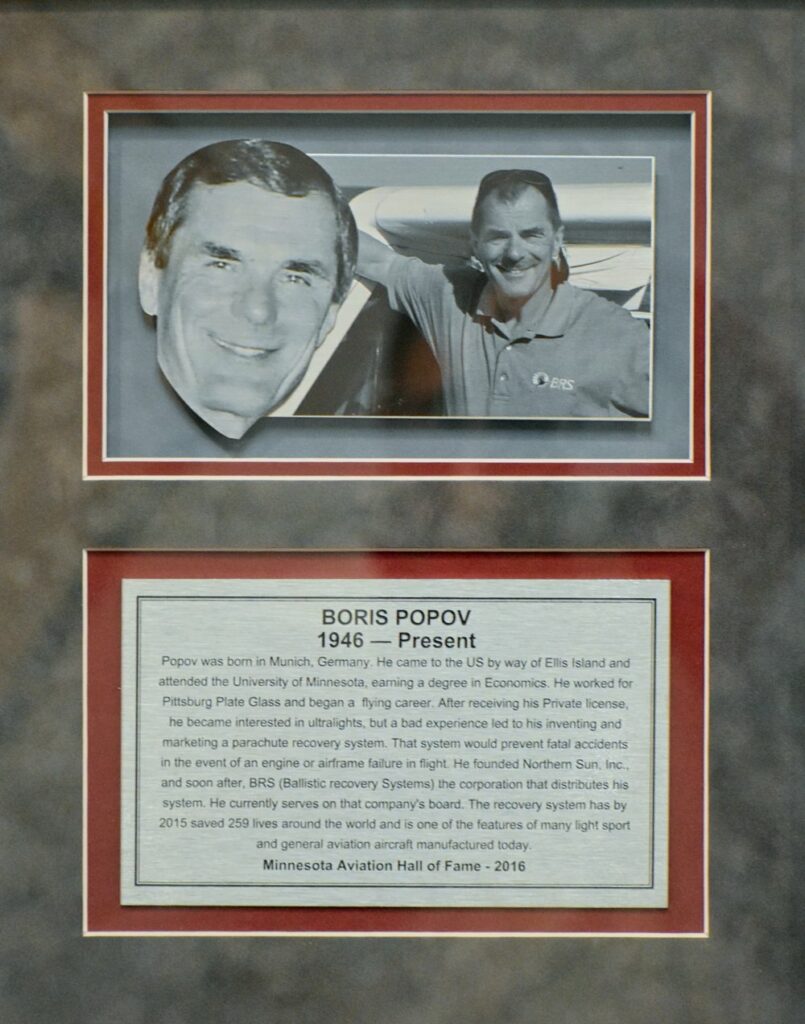 Popov was born in Munich, Germany. He came to the US by way of Ellis Island and attended the University of Minnesota, earning a degree in Economics. He worked for Pittsburg Plate Glass and began a flying career. After receiving his Private license, he became interested in ultralights, but a bad experience led to his inventing and marketing a parachute recovery system. That system would prevent fatal accidents in the event of an engine or airframe failure in flight. He founded Northern Sun, Inc., and soon after, BRS (Ballistic recovery Systems) the corporation that distributes his system. He currently serves on that company’s board. The recovery system has by 2015 saved 259 lives around the world and is a part of the features of most ultralights now flying.