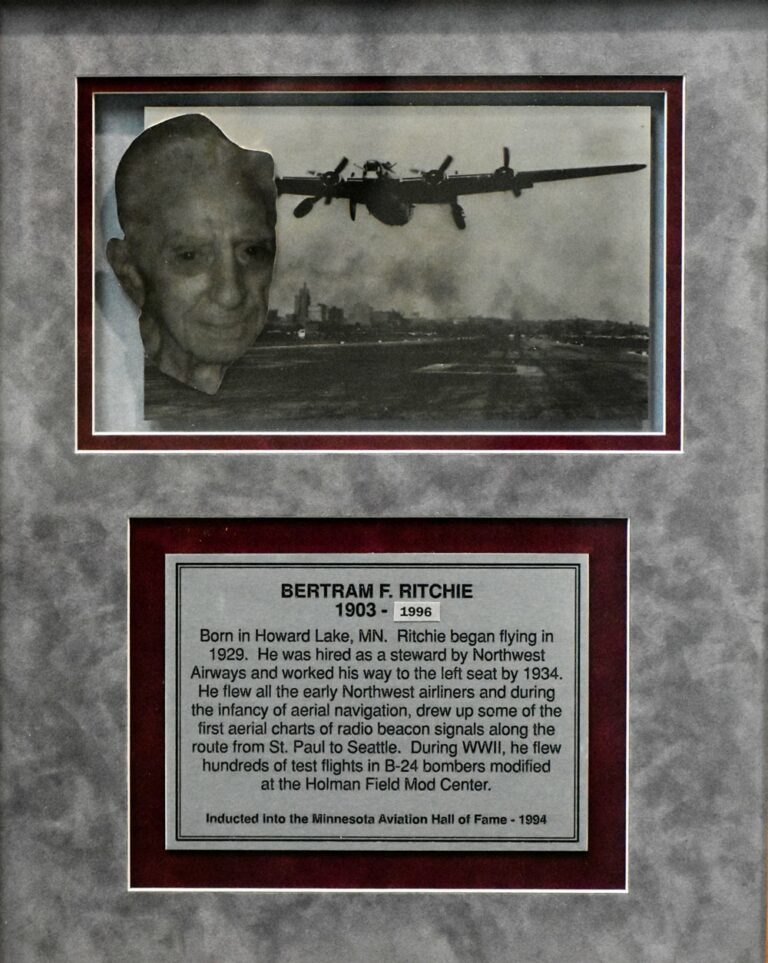 Howard Lake native Bertram Ritchie soloed in 1929 while a student at Northwest Airways flight school and later became a steward for Northwest. The time he put in at the aircraft controls and in flying his own aircraft helped him to qualify as a co-pilot.

Ritchie flew all of the early Northwest airliners, including the Ford Trimotor, Hamilton, Lockheed 10A and 14H, DC-3, DC-4, DC-6 and DC-7 aircraft. He flew routes to the Pacific Northwest and created his own detailed drawings of the radio range navigation beacon signals before there were any published charts.

During World War II Ritchie tested B-24 bombers at the St. Paul bomber modification center at Holman Field. His logbooks describe hundreds of test flights, often two a day. Later he gave many interviews about these early adventures and about the various weather-related situations through which he flew during the “Golden Age of Flight.”