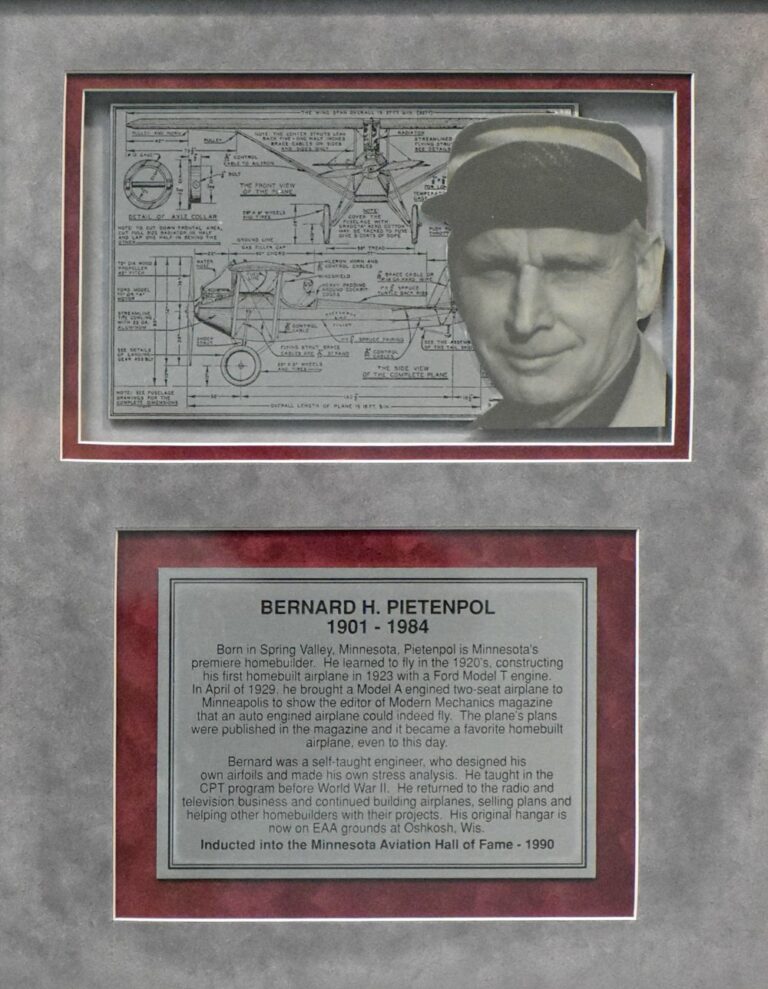 Born in Spring Valley, Minnesota, Pietenpol is Minnesota's premiere homebuilder. He learned to fly in the 1920s, constructing his first homebuilt plane in 1923 with a Ford Model T engine. In April of 1929, he brought a Model A engined airplane to Minneapolis to show to the editor of Modern Mechanics Magazine. The plane sparked interest and plans for it were published. Copies of this model, called the Air Camper, are still being built and flown today. Pietenpol also designed a single seater of similar styling, which could be powered by a Ford Model T engine. Pietenpol was a self-taught engineer who designed his own airfoils and made his own stress analysis. He taught in the CPT program before the start of World War II, and after the war, returned to his hardware business at Cherry Grove, Minnesota. He continued homebuilding activities, selling his popular plans and helping other homebuilders with their projects.