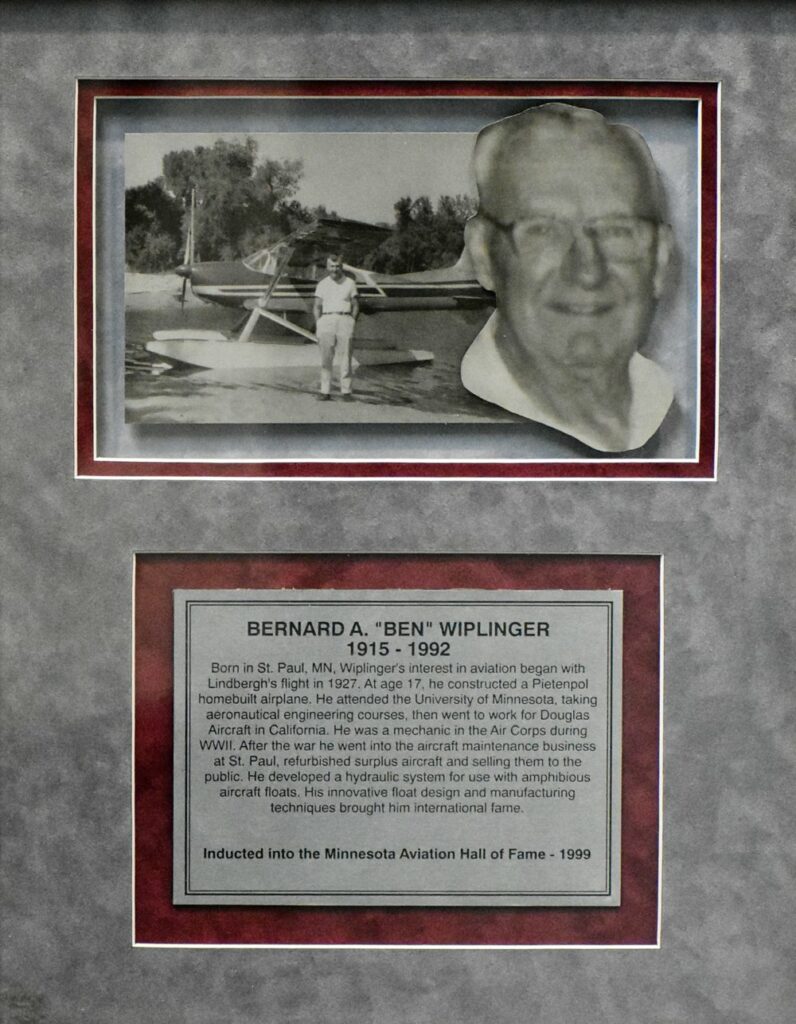 St. Paul native Ben Wiplinger’s interest in aviation began with Lindbergh’s flight in 1927. At age 17 he built a Pietenpol airplane. He studied aeronautical engineering at the University of Minnesota before working for Douglas Aircraft in California. He served as a mechanic in the Air Corps during World War II.

After the war he went into the aircraft maintenance business in St. Paul, refurbishing and selling surplus aircraft. He also developed a hydraulic system for amphibious aircraft floats. His innovative float design and manufacturing techniques brought him international fame.