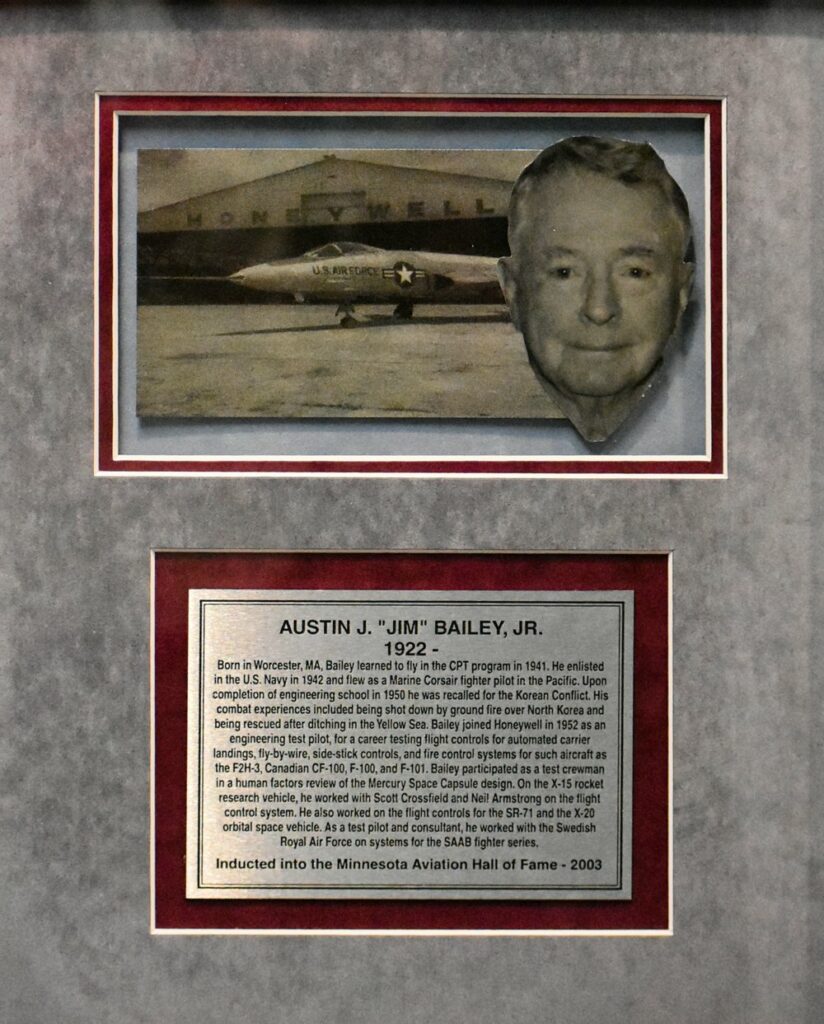 Born in Worcester, MA, Bailey learned to fly in the CPT program in 1941. He enlisted in the U.S. Navy in 1942 and flew as a Marine Corsair fighter pilot in the Pacific. Upon completing engineering school in 1950, he was recalled for the Korean conflict.

His combat experiences included being shot down by ground fire over North Korea and being rescued after ditching in the Yellow Sea. He moved to Minneapolis after Korea and joined the Marine Air Reserve.

Bailey joined Honeywell in 1952 as an engineering test pilot, for a career testing flight controls for automated carrier landings, fly-by-wire, side-stick controls, and fire control systems for such aircraft as the F2H-3, Canadian CF-100, F-100 and F-101. Bailey participated as a test crewman in a human factors review of the Mercury Space Capsule design. On the X-15 rocket research vehicle he worked with Scott Crossfield and Neil Armstrong on the flight control system. He also worked on the design of control systems for the SR-71 and the X-20 Orbital Space Vehicle. As a test pilot and consultant, he worked with the Swedish Royal Air Force on SAAB fighter systems.