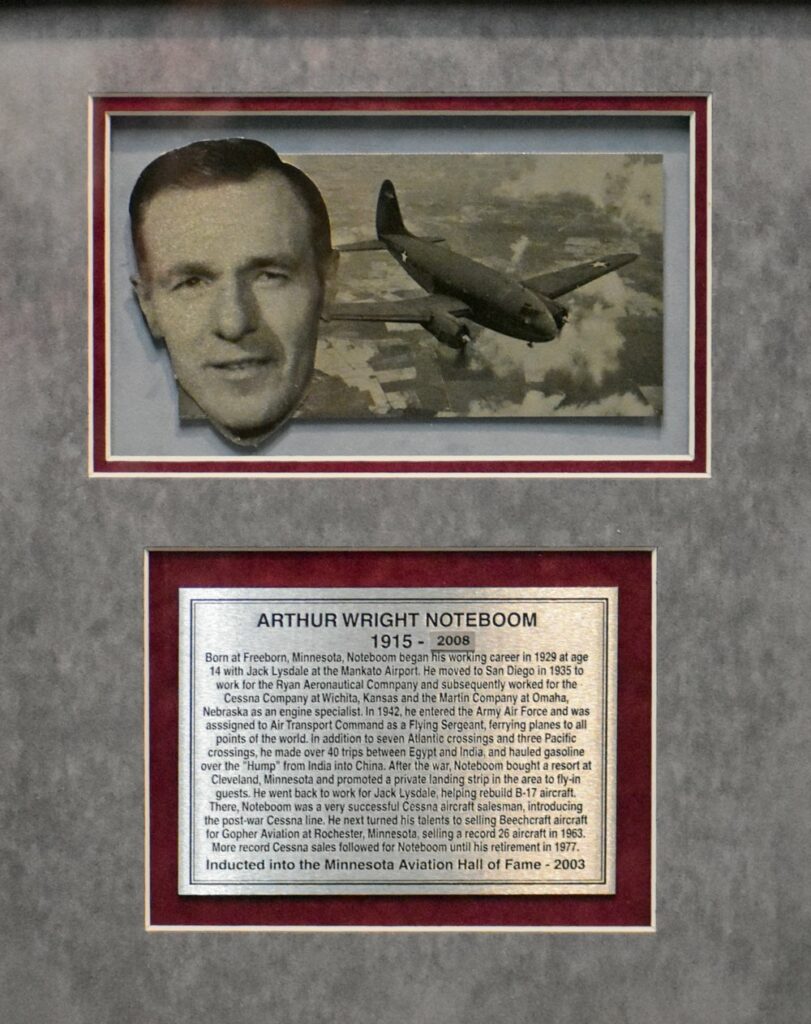 Born at Freeborn, MN, Noteboom began his working career in 1929 at age 14 with Jack Lysdale at the Mankato Airport. He moved to San Diego in 1935 to work for the Ryan Aeronautical Company and subsequently worked for the Cessna Company at Wichita, KS, and the Martin Company at Omaha, NE, as an engine specialist. In 1942 he entered the Army Air Force and was assigned to Air Transport Command as a Flying Sergeant, ferrying planes to all points of the world. In addition to 7 Atlantic crossings and 3 Pacific crossings, he made over 40 trips between Egypt and India, and hauled gasoline over the “Hump” from India to China.

After the war Noteboom bought a resort at Cleveland, MN, and promoted a private landing strip there for fly-in guests. He went back to work for Jack Lysdale, helping rebuild B-17 aircraft. There Noteboom was a very successful Cessna aircraft salesman, introducing the post-war Cessna line. He next turned his talents to selling Beechcraft aircraft for Gopher Aviation of Rochester, selling a record 26 aircraft in 1963. More record Cessna sales followed for Noteboom until his retirement in 1977.