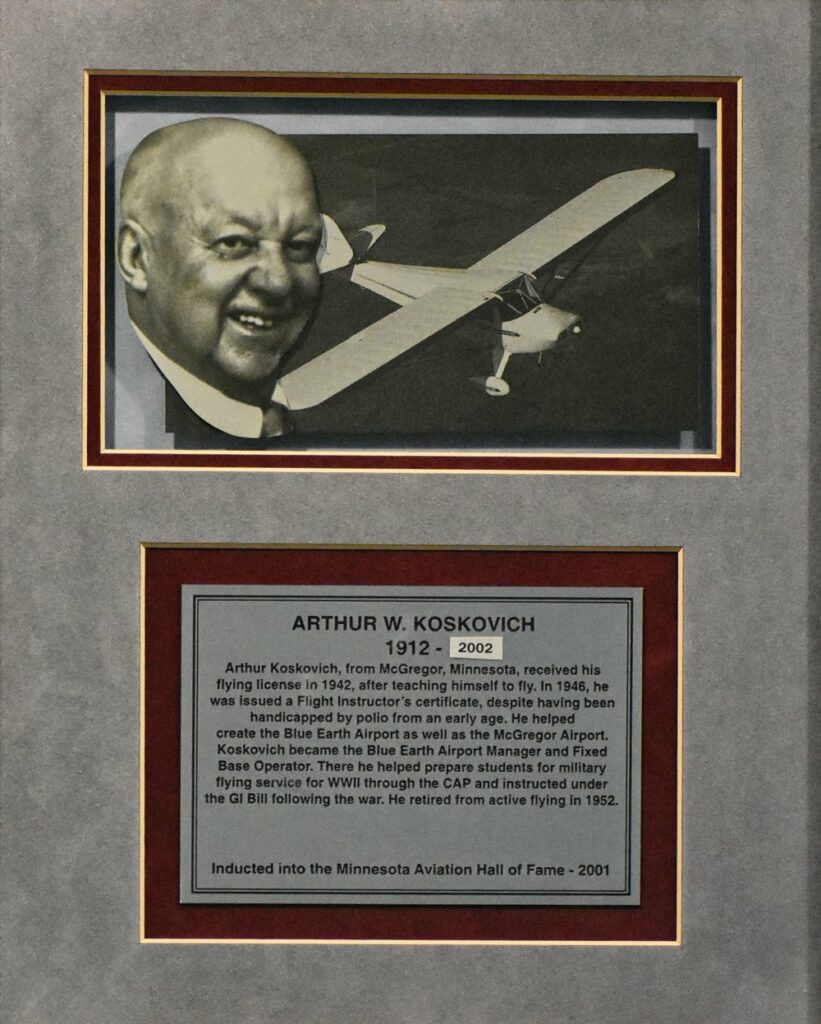 Arthur Koskovich, who hails from McGregor, Minnesota, received his flying license in 1942 after teaching himself to fly. In 1946, he earned his flight instructor’s certificate despite having polio since he was very young. He helped create both the Blue Earth Airport and the McGregor Airport, becoming manager and fixed-base operator at Blue Earth. There he prepared students for military flying service in World War II via the Civil Air Patrol and taught under the GI Bill after the war. He retired from active flying in 1952.