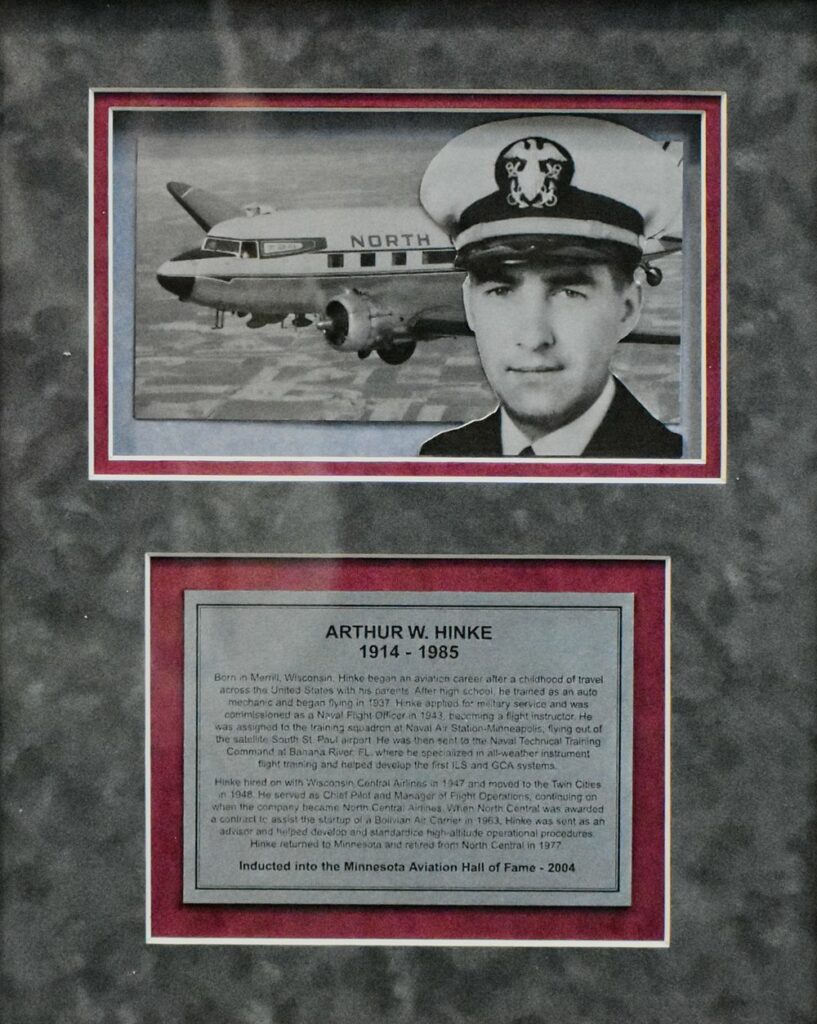 Born in Merrill, Wisconsin, Hinke began an aviation career after a childhood of travel across the United States with his parents. After high school, he trained as an auto mechanic and began flying in 1937. Hinke applied for military service and was commissioned as a Naval Flight Officer in 1943, becoming a flight instructor. He was assigned to the training squadron at Naval Air Station-Minneapolis, flying out of the satellite South St. Paul airport. He was then sent to the Naval Technical Training Command at Banana River, FL, where he specialized in all-weather instrument flight training and helped develop the first ILS and GCA systems.

Hinke hired on with Wisconsin Central Airlines in 1947 and moved to the Twin Cities in 1948. He served as Chief Pilot and Manager of Flight Operations, continuing on when the company became North Central Airlines. When North Central was awarded a contract to assist the startup of a Bolivian Air Carrier in 1963, Hinke was sent as an advisor and helped develop and standardize high-altitude operational procedures. Hinke returned to Minnesota and retired from North Central in 1977.