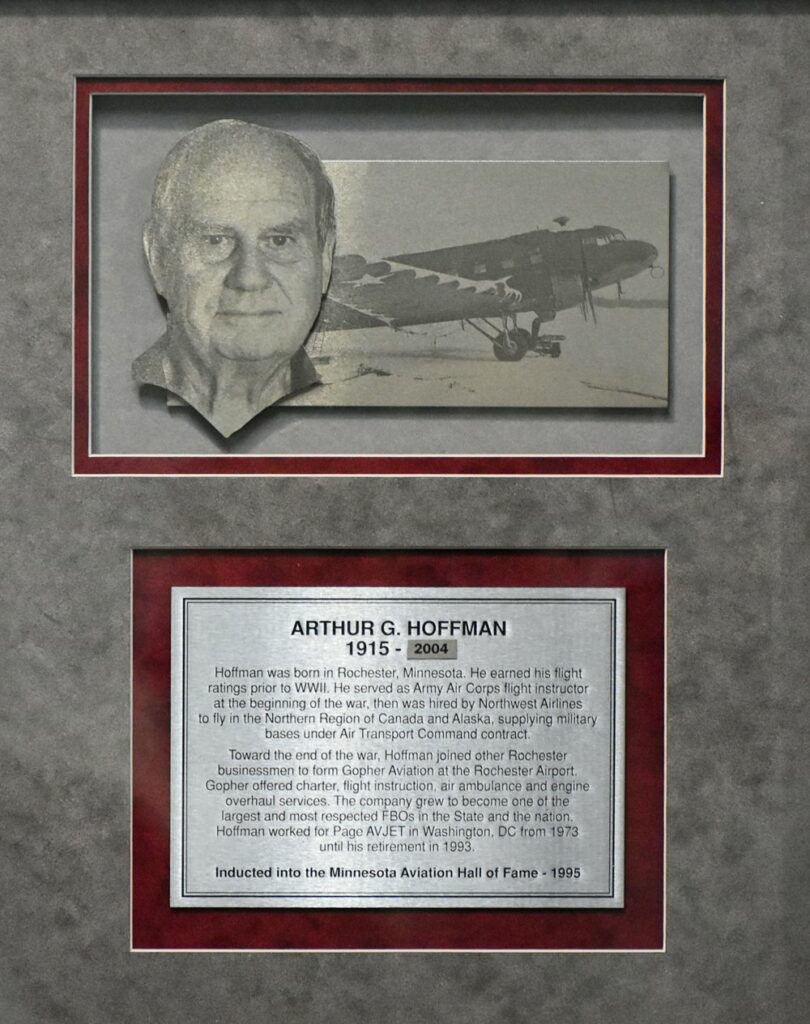 Arthur Hoffman of Rochester earned his flight ratings before World War II and began the war as an Army Air Corps flight instructor. Northwest Airlines hired him to fly in the Northern Region of Canada and Alaska, supplying military bases under a contract with Air Transport Command.

Toward the end of the war, Hoffman joined other Rochester businesspersons to form Gopher Aviation at the Rochester Airport. Gopher offered charter, flight instruction, air ambulance and engine overhaul services. It grew to become one of the largest and most respected FBOs in the nation.

Hoffman worked for Page AVJET in Washington, D.C. between 1973 and his retirement in 1993.