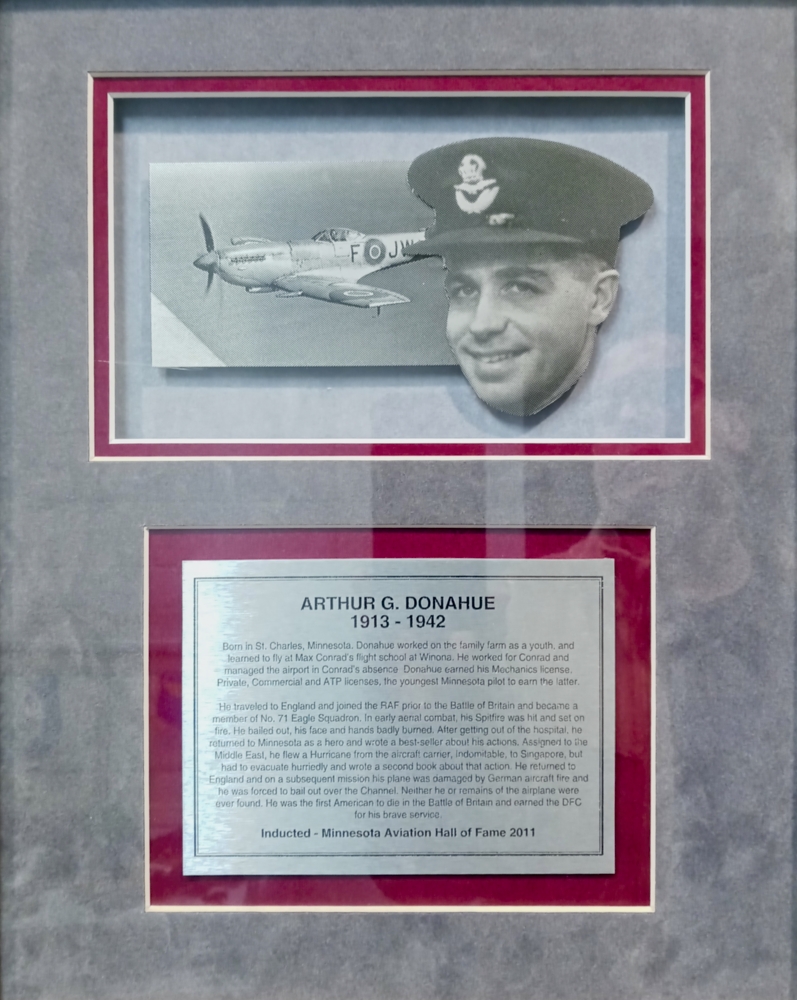 Born in St. Charles, Minnesota. Donahue worked on the family farm as a youth, and learned to fly at Max Conrad’s flight school at Winona. He worked for Conrad and managed the airport in Conrad’s absence. Donahue earned his Mechanics license, Private, Commercial and ATP licenses, the youngest Minnesota pilot to earn the later.

He traveled to England and joined the RAF prior to the Battle of Britain and became a member of No. 64 Squadron. In early aerial combat, his Spitfire was hit and set on fire. He bailed out, his face and hands badly burned. After getting out of the hospital, he returned to Minnesota as a hero and wrote a best-seller about his actions. Assigned to the Middle East, he flew a Hurricane from the aircraft carrier, Indomitable, to Singapore, but had to evacuate hurriedly and wrote a second book about that action. He returned to England and on a subsequent mission his plane was damaged in combat with a German aircraft and he went down over the Channel. Neither he or remains of the airplane were ever found. He was the first American to see combat in the Battle of Britain and earned the DFC for his brave service.