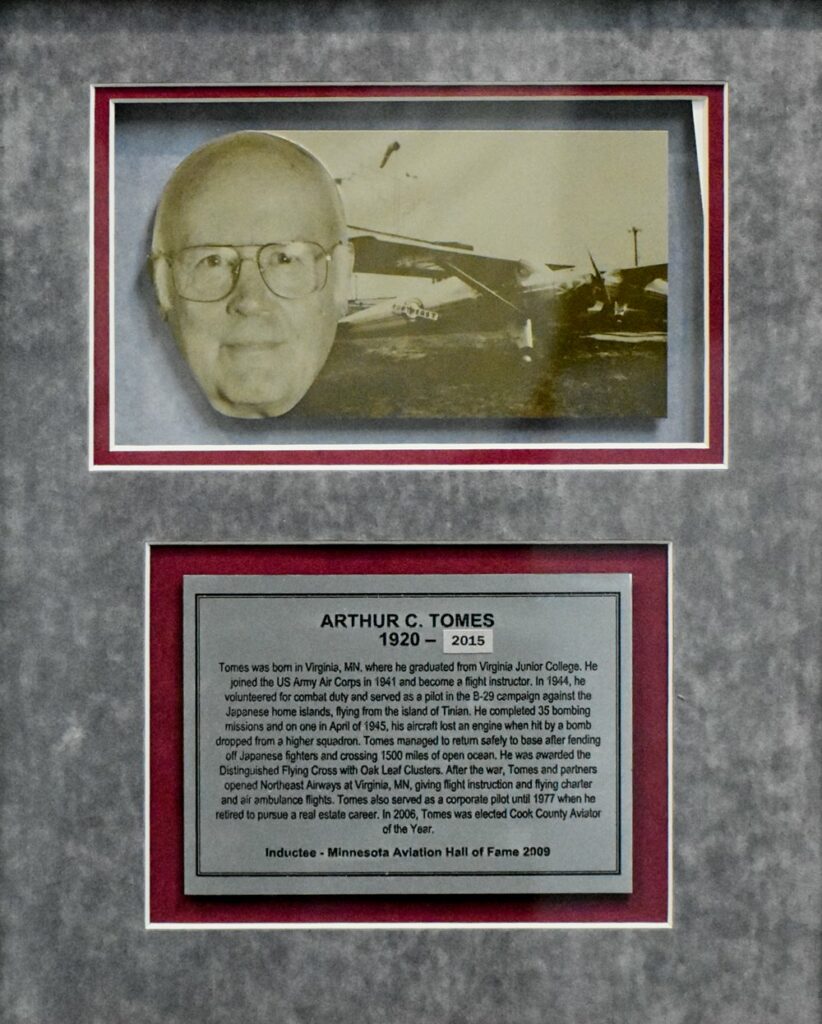 Tomes was born in Virginia, MN. where he graduated from Virginia Junior College. He joined the US Army Air Corps in 1941 and become a flight instructor. In 1944, he volunteered for combat duty and served as a pilot in the B-29 campaign against the Japanese home islands, flying from the island of Tinian. He completed 35 bombing missions and on one in April of 1945, his aircraft lost an engine when hit by a bomb dropped from a higher squadron. Tomes managed to return safely to base after fending off Japanese fighters and crossing 1500 miles of open ocean. He was awarded the Distinguished Flying Cross with Oak Leaf Clusters. After the war, Tomes and partners opened Northeast Airways at Virginia, MN, giving flight instruction and flying charter and air ambulance flights. Tomes also served as a corporate pilot until 1977 when he retired to pursue a real estate career. In 2006, Tomes was elected Cook County Aviator of the Year.