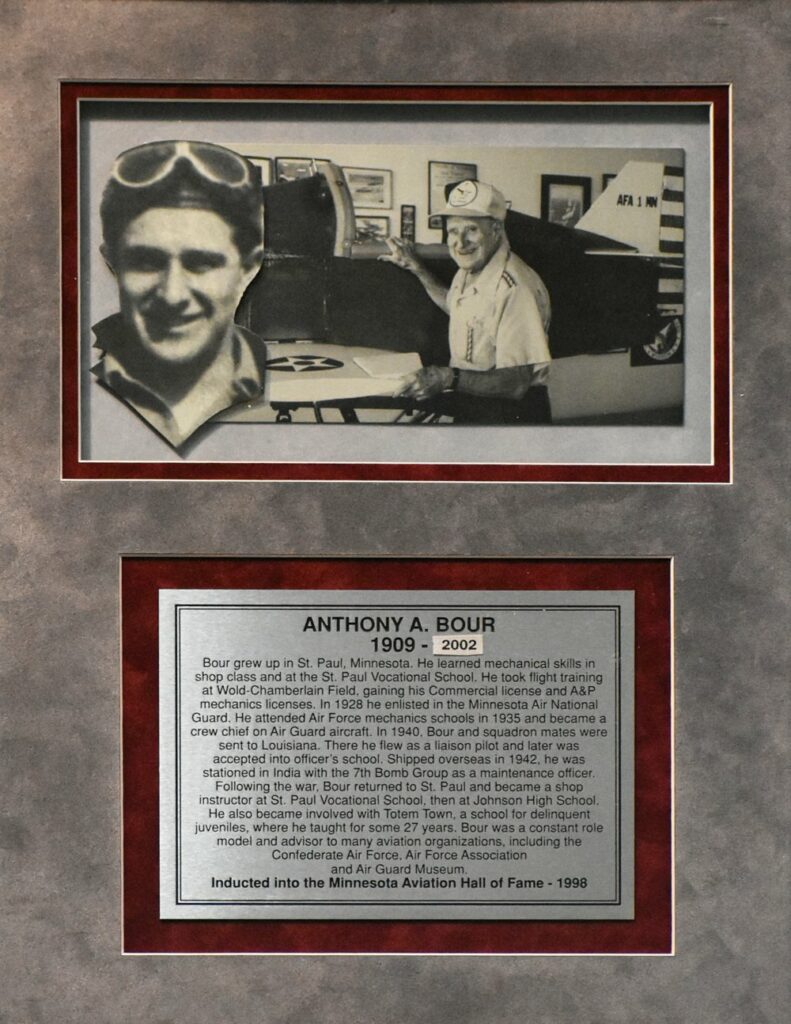 St. Paul native Anthony Bour first learned mechanical skills in shop classes and at the St. Paul Vocational School. He took flight training at Wold-Chamberlain Field, gaining his commercial license and A&P mechanic’s license. In 1928, he enlisted in the Minnesota Air National Guard. He attended Air Force mechanic’s school in 1935 and became a crew chief on Air Guard aircraft. In 1940, Bour and squadron mates were sent to Louisiana where he flew as a liaison pilot before entering officer’s school.

In 1942, he was stationed in India with the Seventh Bomb Group as a maintenance officer. After the war he became a shop instructor at St. Paul Vocational School and later at Johnson High School. He also taught for 27 years at Totem Town, a school for delinquent juveniles. Bour served as advisor to many aviation groups including the Comemorative Air Force, the Air Force Association and the Air Guard Museum.