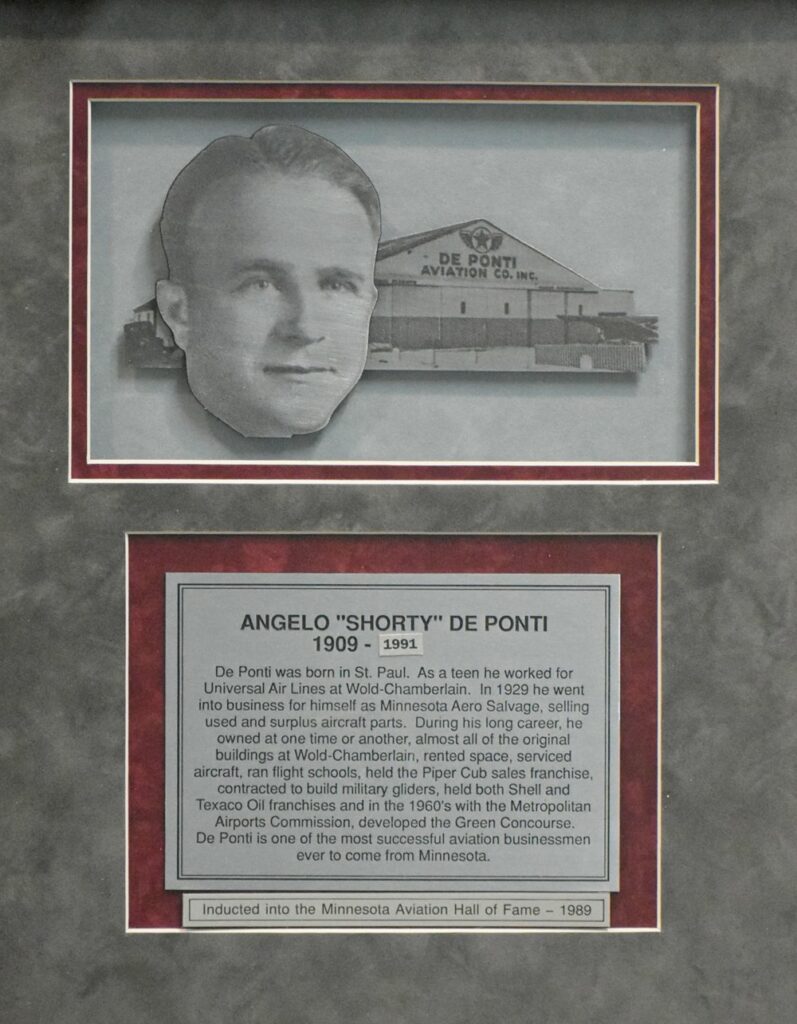 Born in St. Paul, De Ponti took his first job with Universal Air Lines in 1928, but quit the following year to start his own business. Though a pilot, De Ponti made his reputation as an entrepreneur, his company providing storage, flight training, fueling, sight-seeing, charter and aircraft sales. At one time or another, he either owned or leased almost every one of the original buildings on Wold-Chamberlain Airport. At the beginning of World War II, De Ponti received a contract from Northwestern Aeronautical Corporation to build Waco CG-4A gliders, which he did at a plant in South Minneapolis. He leased portions of his space at Wold to Northwestern to assemble the gliders, providing the welded fuselages and tail surfaces. Wings and other components were manufactured by Villaume Box Company in St. Paul. De Ponti held both Texaco and Shell Oil franchises and provided the major fueling facilities at Wold through the post war years. In the 1960s, along with the Metropolitan Airports Commission, he developed the Green Concourse at the airport. De Ponti retired in 1973, one of Minnesota’s most successful aviation businessmen.