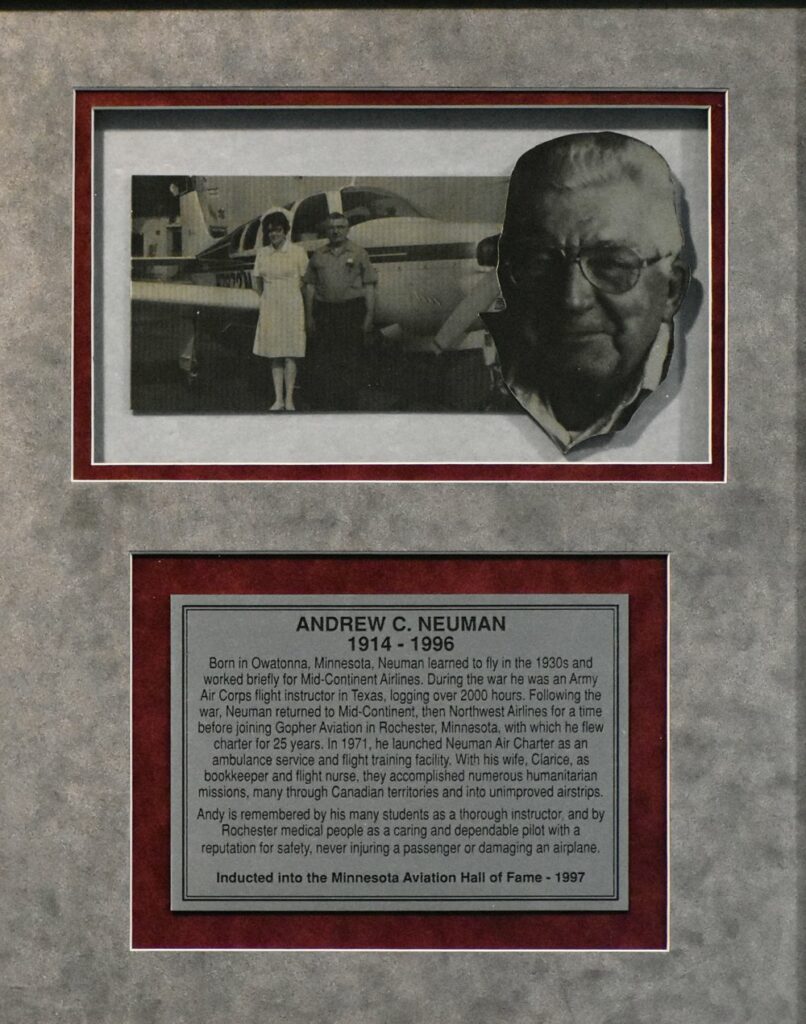 Owatonna native Andrew Neuman learned to fly in the 1930’s and worked briefly for Mid-Continent Airlines. During the war he was an Army Air Corps flight instructor in Texas, logging over 2,000 hours. Following the war, Neuman returned to Mid-Continent and then Northwest Airlines before joining Gopher Aviation in Rochester, Minnesota, with which he flew charter for 25 years. In 1971 he launched Neuman Air Charter as an ambulance service and flight training facility. He and his wife, Clarice, who is a bookkeeper and flight nurse, accomplished numerous humanitarian missions.

Neuman’s students remember him as a thorough instructor. Rochester medical people saw him as a caring and dependable pilot with a reputation for safety who never injured a passenger or damaged a plane.