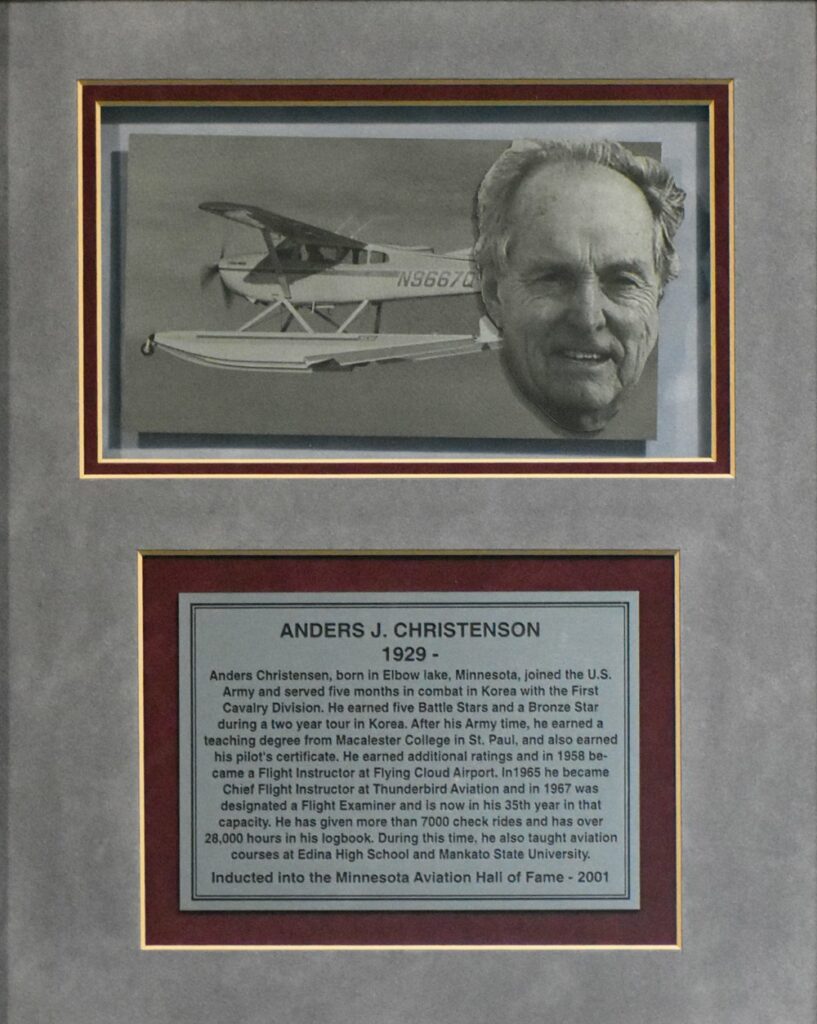 Anders Christenson, born in Elbow Lake, Minnesota, joined the U.S. Army and served with the First Cavalry Division. He earned five Battle Stars and a Bronze Star during a two year combat tour in Korea. After his Army time, he gained a teaching degree from Macalester College in St. Paul, and also earned his pilot’s certificate. He acquired additional ratings and in 1958 became a flight instructor. In 1965 he became Chief Flight Instructor at Thunderbird Aviation at Flying Cloud Airport in Eden Prairie and in 1967 was designated a Flight Examiner. He spent 35 years in that capacity. He gave more than 7,000 check rides and has over 28,000 hours in his log book. During this time, he created the aviation course at Edina High School, teaching there and at Mankato State University.