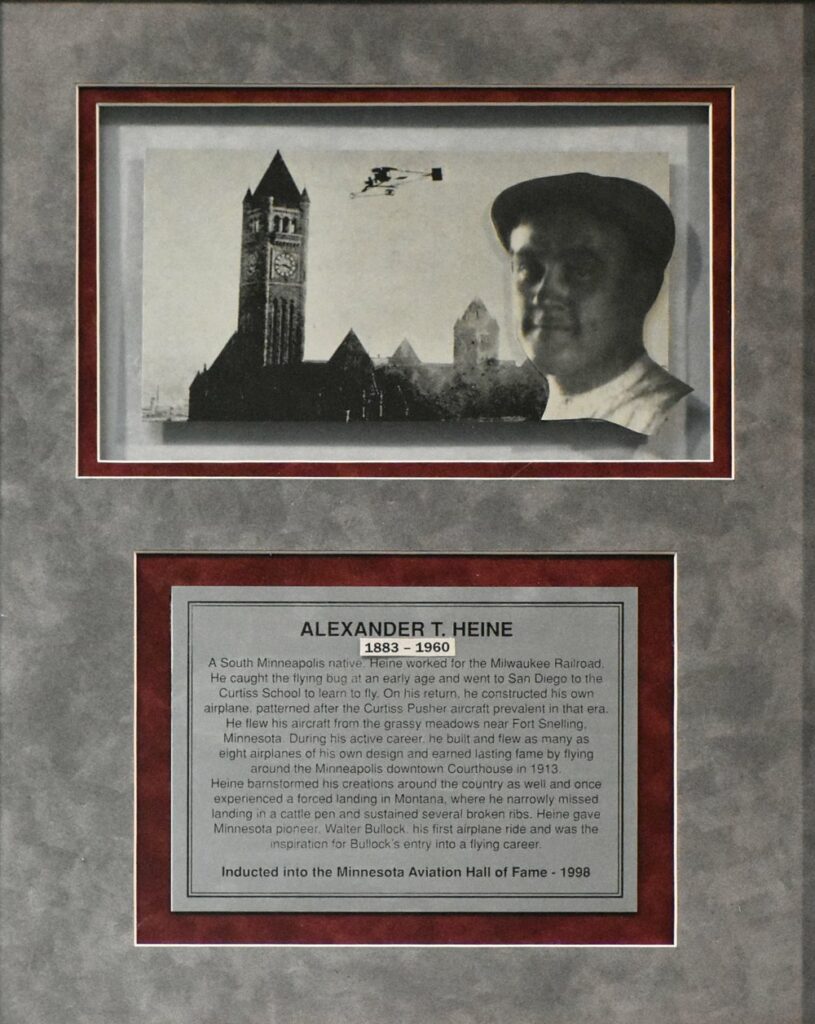 South Minneapolis native Alexander Heine worked for the Milwaukee Railroad but caught the flying bug at an early age and learned to fly at the Curtiss School in San Diego. He built his own airplane when he returned to Minnesota, modeling it after the Curtiss Pusher aircraft prevalent then, and flew it from the grassy meadows near Fort Snelling, Minnesota. He designed, built and flew eight airplanes and earned fame by flying around the Minneapolis Courthouse in 1913.