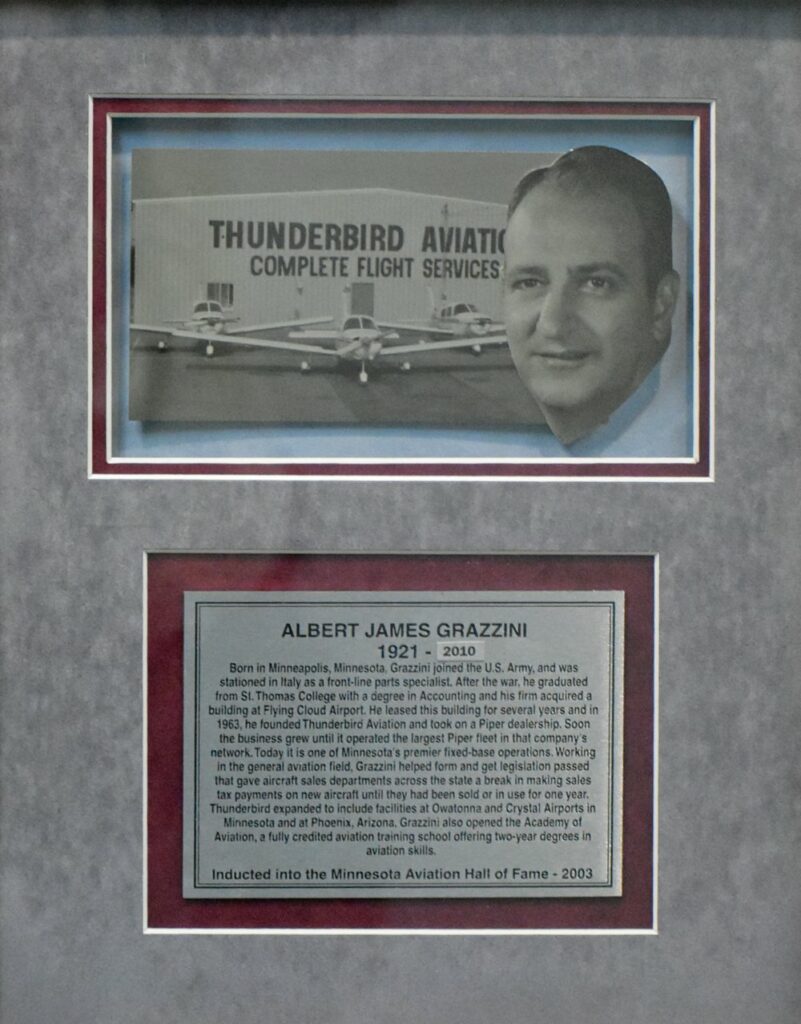 Born in Minneapolis, MN, Grazzini served with the U.S. Army, stationed in Italy as a front-line parts specialist. After the war he graduated from St. Thomas College with a degree in accounting and joined the Air National Guard in Minneapolis.

He found a passion in flying, received his ratings and managed a flying club. In 1961 he founded Thunderbird Aviation at Flying Cloud Airport and took on a Piper dealership. Soon the business grew until it operated the largest Piper fleet in that company’s network. Today it is one of Minnesota’s premier fixed-base operations.

Working in the general aviation field, Grazzini helped form and get legislation passed that gave aircraft sales departments across the state a break in making sales tax payments on new aircraft until they were sold or had been in use for one year. Thunderbird expanded to include facilities at Owatonna and Crystal, MN, and at Phoenix, AZ. Grazzini also opened the Academy of Aviation, a fully-credited aviation training school offering two-year degrees in aviation skills.