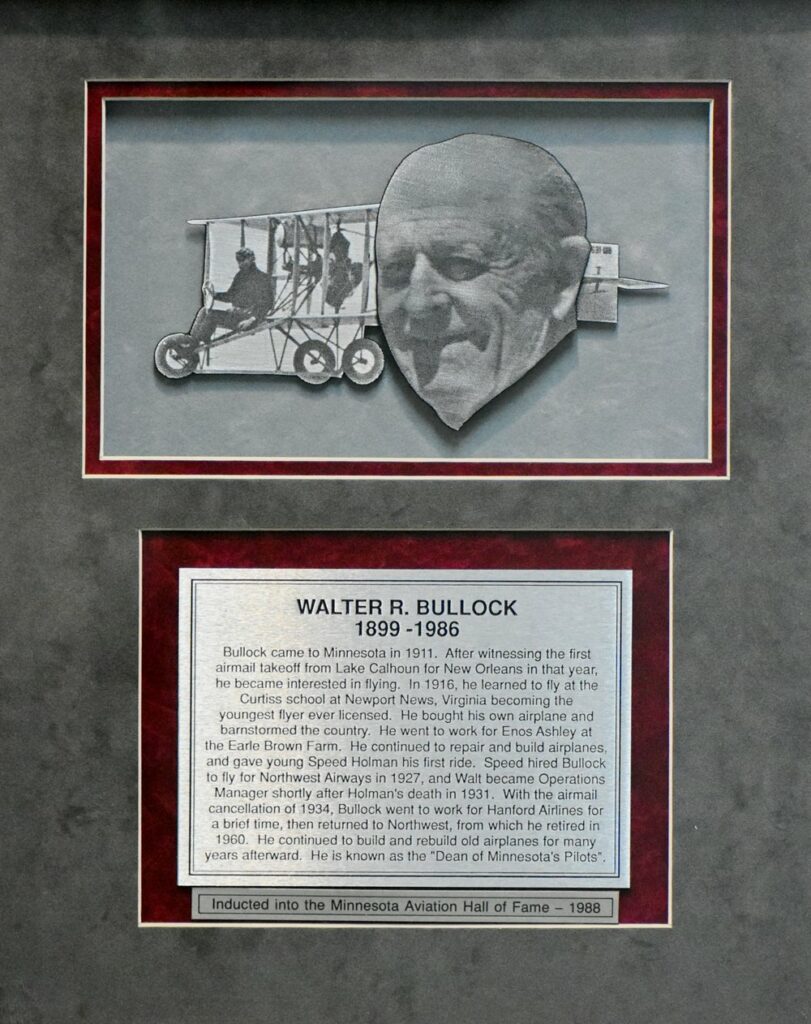 Bullock witnessed the airmail flight from Minneapolis’ Lake Calhoun in 1911, then hung around early pioneer Alex Heine’s shop, watching him build airplanes. Bullock went to Newport News, Virginia, in 1916 and received his flying license from the Curtiss School. He barnstormed for the next few years, while building and rebuilding planes. He started Robbinsdale Airport in 1920; flew part-time for “Whiz-Bang” publisher, Captain Billy Fawcett; and was hired in 1927 to fill in at Northwest Airways for Speed Holman while the latter was in a cross-country air race. Bullock stayed on and eventually retired in 1960. During the war years, Bullock flew for the Northwest Ice Research Program, and also in the Northern Region. After the war, he competed in the 1946 Bendix air race, finishing ninth. He built or rebuilt a dozen aircraft after the war, at least three of which are in the San Diego Air/Space Museum at this writing.