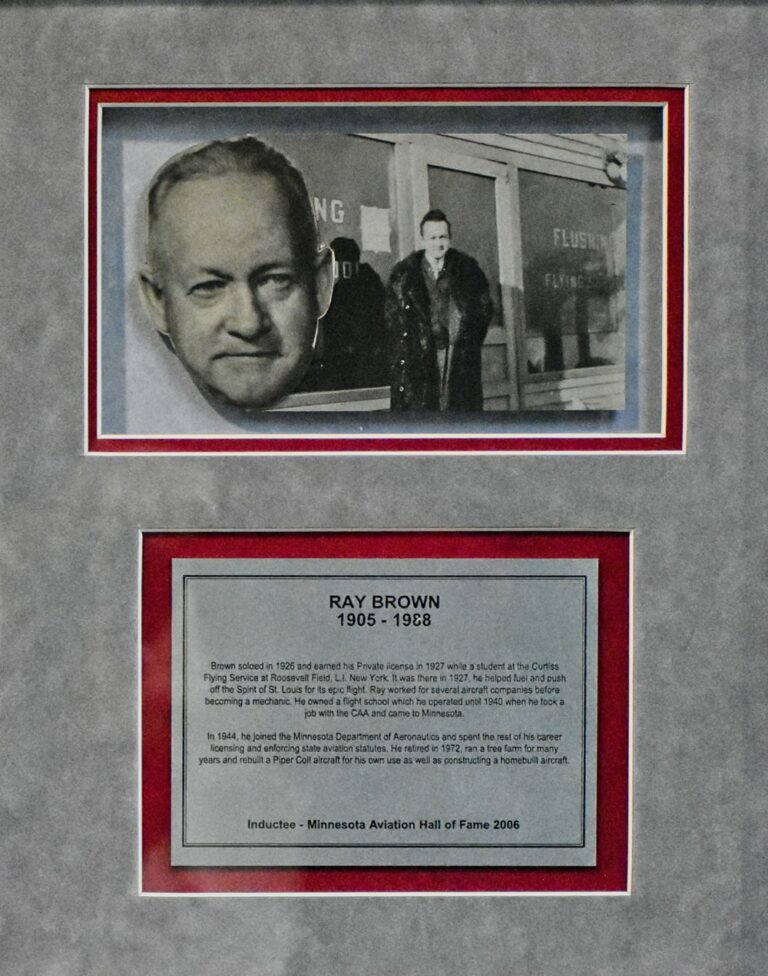 Brown soloed in 1926 and earned his Private license in 1927 while a student at the Curtiss Flying Service at Roosevelt Field, L.I. New York. It was there in 1927, he helped fuel and push off the Spirit of St. Louis for its epic flight. Ray worked for several aircraft companies before becoming a mechanic. He owned a flight school which he operated until 1940 when he took a job with the CAA and came to Minnesota.

In 1944, he joined the Minnesota Department of Aeronautics and spent the rest of his career licensing and enforcing state aviation statutes. He retired in 1972, ran a tree farm for many years and rebuilt a Piper Colt aircraft for his own use as well as constructing a homebuilt aircraft.