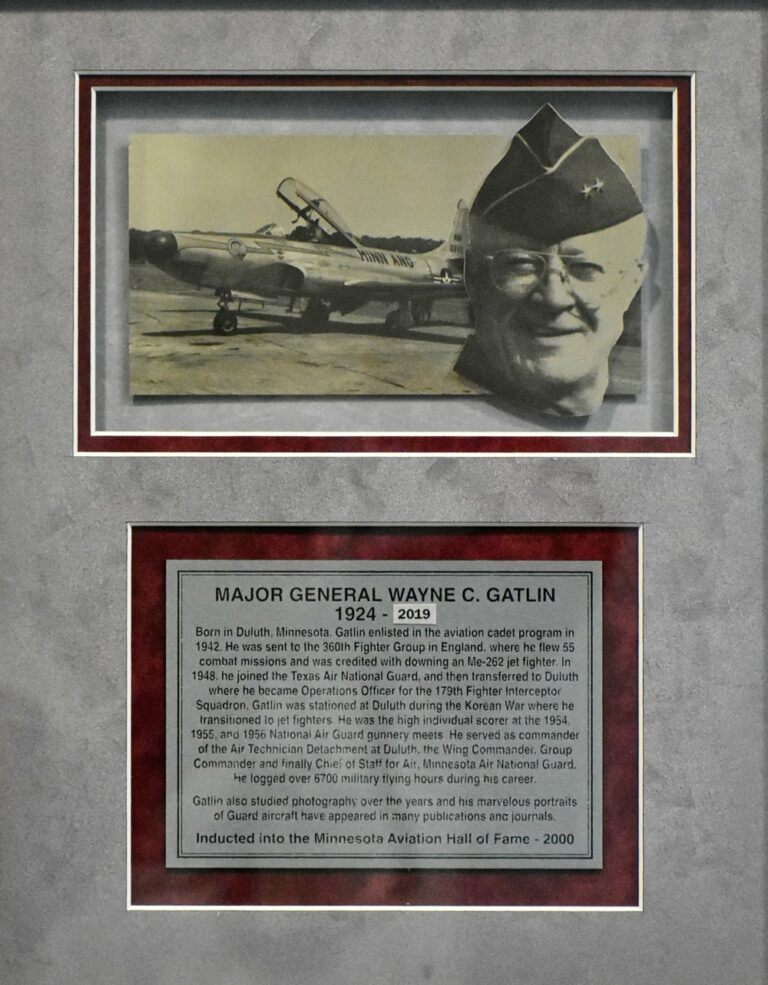 Duluth-born Wayne Gatlin enlisted in the aviation cadet program in 1942. Later he flew 55 combat missions for the 360th Fighter Group in England and downed an ME-262 jet fighter. In 1948 he joined the Texas Air National Guard but eventually transferred to Duluth, where he became operations officer for the 179th Fighter Interceptor Squadron. Gatlin flew jet fighters while stationed at Duluth during the Korean War. He was the high individual scorer at the 1954, 1955 and 1956 National Air Guard gunnery meets.

Gatlin served as commander of the Air Technician Detachment at Duluth, wing commander, group commander and finally chief of staff for the Minnesota Air National Guard. He logged over 6,700 military flying hours during his career.

Gatlin studied photography over the years and his marvelous portraits of Guard aircraft have appeared in many publications and journals.