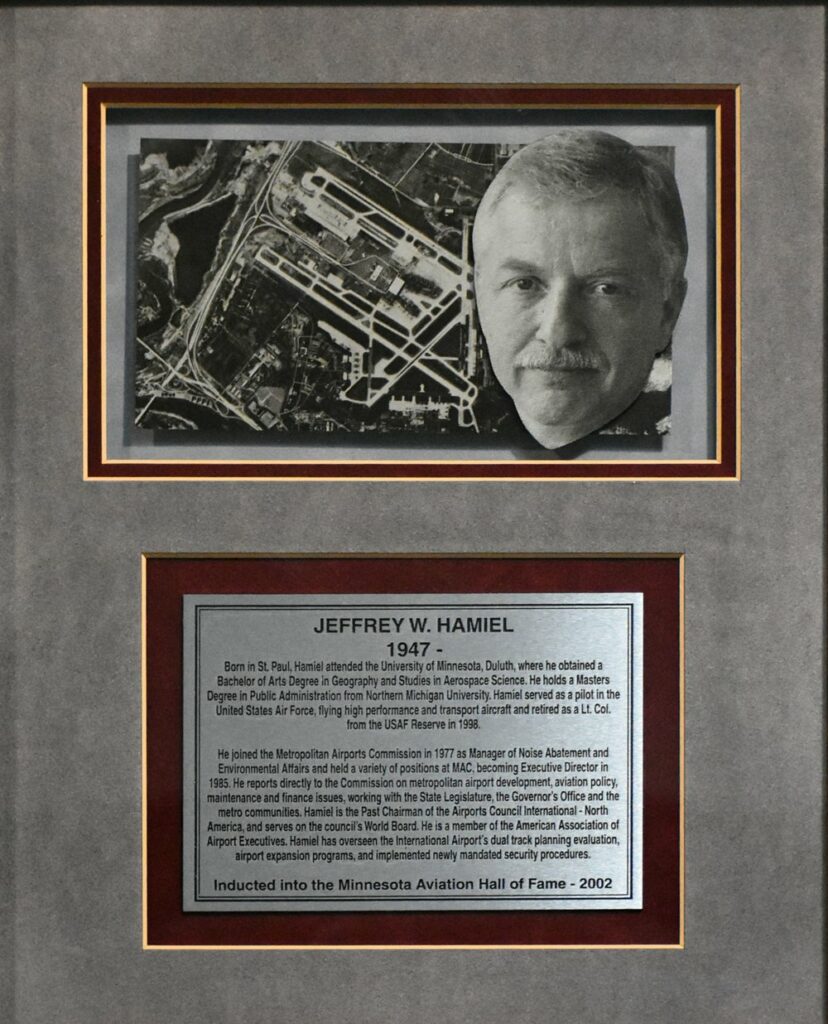 St. Paul-born Jeffrey Hamiel obtained a bachelor of arts degree in geography and aerospace science from the University of Minnesota, Duluth. He holds a masters degree in public administration from Northern Michigan University. Hamiel flew high performance and transport aircraft for the United States Air Force. He retired with the rank of lieutenant colonel from the United States Air Force Reserve in 1998.

Hamiel joined the Metropolitan Airports Commission in 1977 as manager of noise abatement and environmental affairs, eventually becoming executive director in 1985. He reports directly to the commission on metropolitan airport development, aviation policy, maintenance and finance issues and works with the State Legislature, the Governor’s Office and the metro communities.

Hamiel is a past chair of the Airports Council International—North America and serves on its world board. He is a member of the American Association of Airport Executives. He oversaw airport expansion programs and the dual track planning evaluation and implemented newly mandated security procedures.