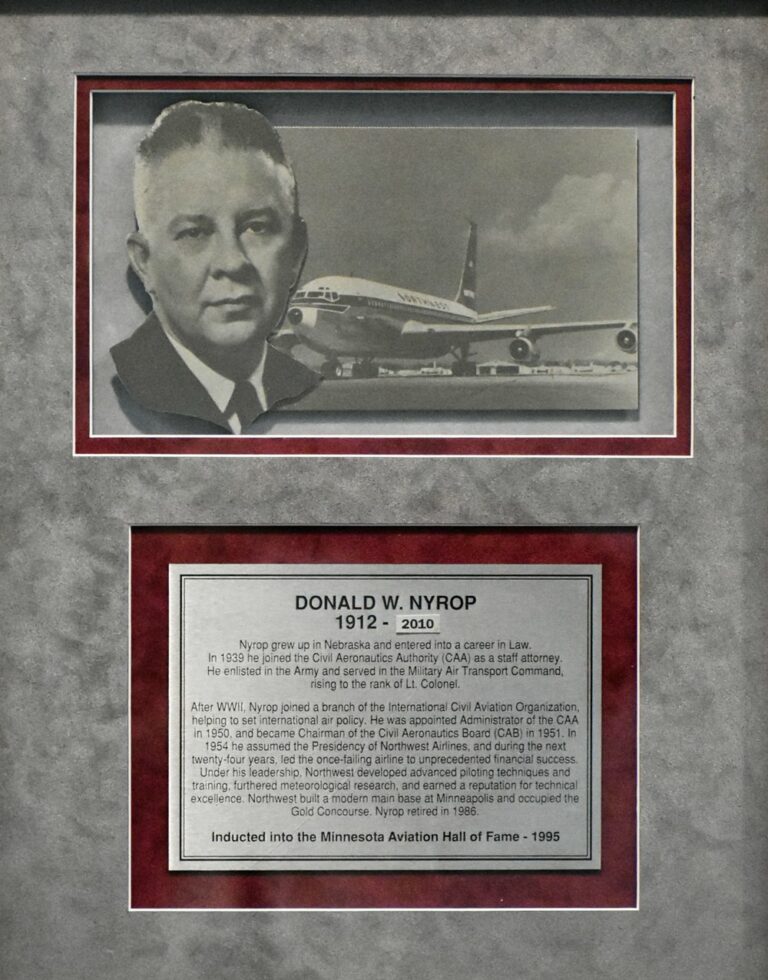 Nyrop grew up in Nebraska and earned a degree in law. In 1939 he joined the Civil Aeronautics Authority as a staff attorney. Later he became an Army officer and served in the Military Air Transport Command as a lieutenant colonel.

After World War II Nyrop served as a delegate to the International Civil Aviation Organization where he helped to set international air policy. He became administrator of the CAA in 1950 and chair of the Civil Aeronautics Board in 1951. Next he became president of Northwest Airlines in 1954 and led the once-failing airline to unprecedented financial success for the next 24 years.

Under his leadership, Northwest built a modern main base at Minneapolis International Airport; developed advanced piloting techniques and training; furthered meteorological research; and earned a reputation for technical excellence. Nyrop retired in 1984.