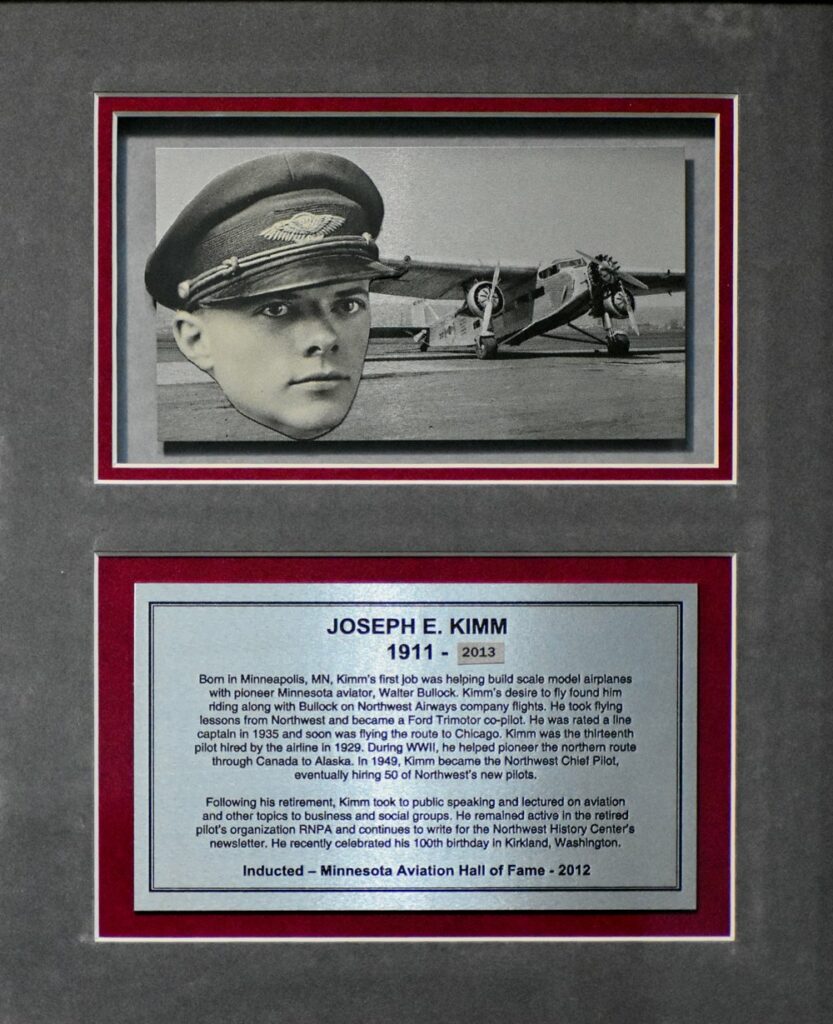 Born in Minneapolis, MN, Kimm’s first job was helping build scale model airplanes with pioneer Minnesota aviator, Walter Bullock. Kimm’s desire to fly found him riding along with Bullock on Northwest Airways company flights. He took flying lessons from Northwest and became a Ford Trimotor co-pilot. He was rated a line captain in 1935 and soon was flying the route to Chicago. Kimm was the thirteenth pilot hired by the airline in 1929. During WWII, he helped pioneer the northern route through Canada to Alaska. In 1949, Kimm became the Northwest Chief Pilot, eventually hiring 50 of Northwest’s new pilots. Following his retirement, Kimm took to public speaking and lectured on aviation and other topics to business and social groups. He remained active in the retired pilot’s organization RNPA and continues to write for the Northwest History Center’s newsletter. and recently celebrated his 100th birthday in Kirkland, Washington.