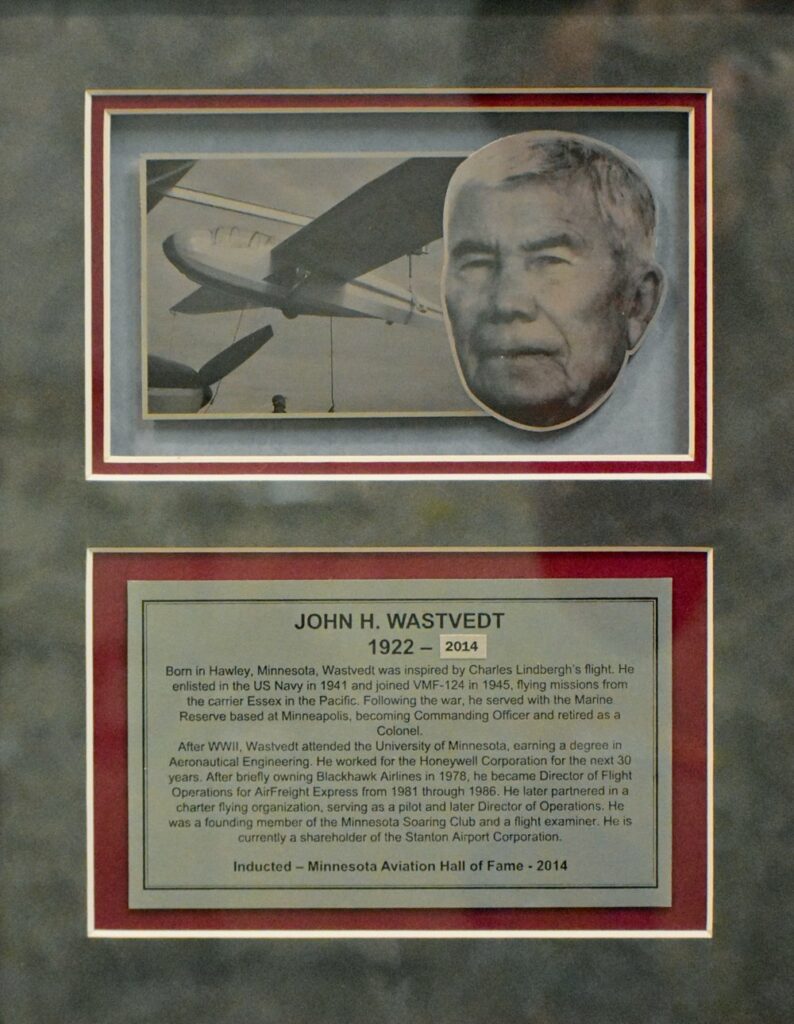 Born in Hawley, Minnesota, Wastvedt was inspired by Charles Lindbergh’s flight. He enlisted in the US Navy in 1941 and joined VMF-124 in 1945, flying missions from the carrier Essex in the Pacific. Following the war, he served with the Marine Reserve based at Minneapolis, becoming Commanding Officer and retired as a Colonel.

After WWII, Wastvedt attended the University of Minnesota, earning a degree in Aeronautical Engineering. He worked for the Honeywell Corporation for the next 30 years. After briefly owning Blackhawk Airlines in 1978, he became Director of Flight Operations for AirFreight Express from 1981 through 1986. He later partnered in a charter flying organization, serving as a pilot and later Director of Operations. He was a founding member of the Minnesota Soaring Club and a flight examiner. He is currently a shareholder of the Stanton Airport Corporation.