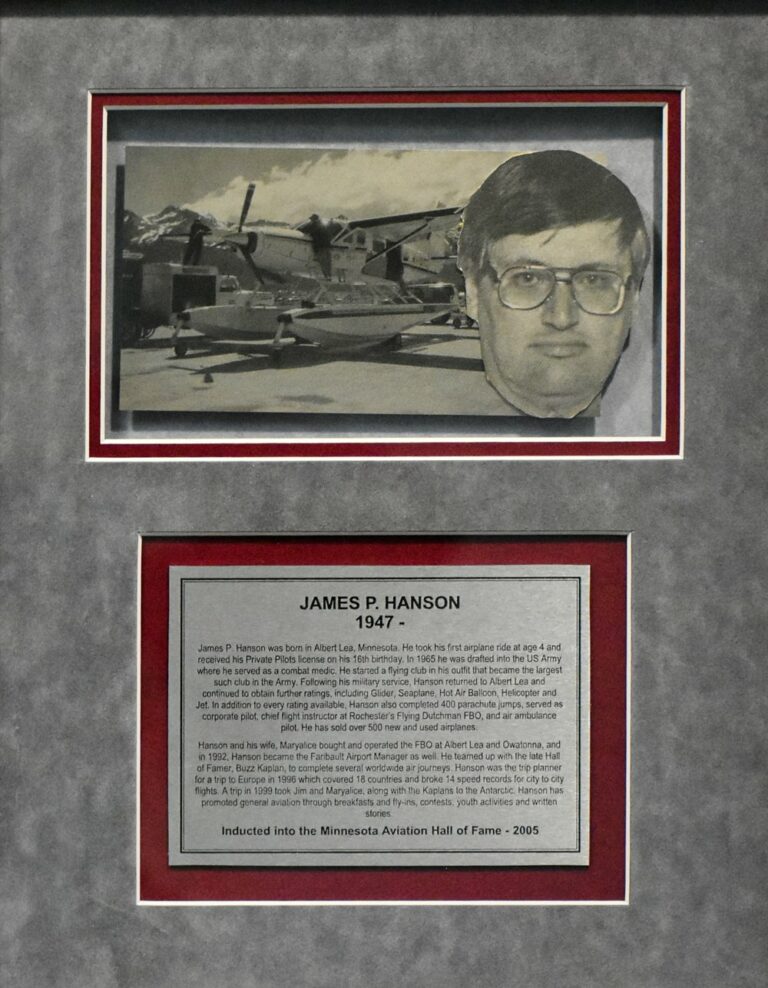 James P. Hanson was born in Albert Lea, Minnesota. He took his first airplane ride at age 4 and received his Private Pilots license on his 16th birthday. In 1965 he was drafted into the US Army where he served as a combat medic. He started a flying club in his outfit that became the largest such club in the Army. Following his military service, Hanson returned to Albert Lea and continued to obtain further ratings, including Glider, Seaplane, Hot Air Balloon, Helicopter and Jet. In addition to every rating available, Hanson also completed 400 parachute jumps, served as corporate pilot, chief flight instructor at Rochester's Flying Dutchman FBO, and air ambulance pilot. He has sold over 500 new and used airplanes.

Hanson and his wife, Maryalice bought and operated the FBO at Albert Lea and Owatonna, and in 1992, Hanson became the Faribault Airport Manager as well. He teamed up with the late Hall of Famer, Buzz Kaplan, to complete several worldwide air journeys. Hanson was the trip planner for a trip to Europe in 1996 which covered 18 countries and broke 14 speed records for city-to-city flights. A trip in 1999 took Jim and Maryalice, along with the Kaplans, to the Antarctic. Hanson has promoted general aviation through breakfasts and fly-ins, contests, youth activities and written stories.