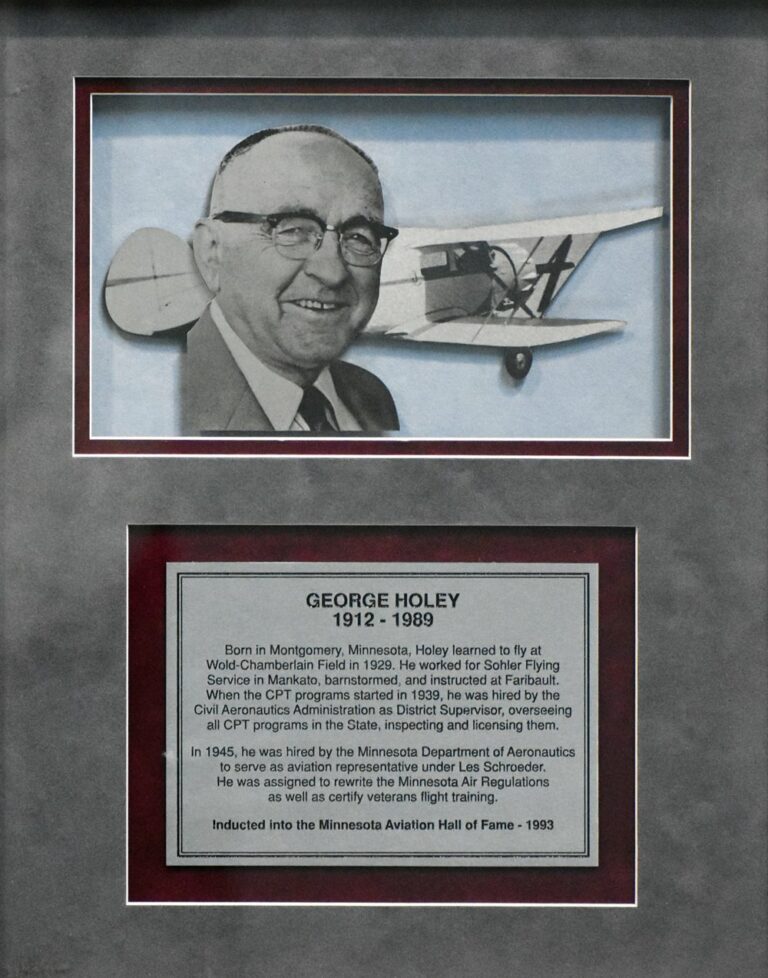 Holey was born in Montgomery, Minnesota, and learned to fly at Wold-Chamberlain in 1929. By 1930 he had secured his Transport Pilot's license and went to work for Sohler Flying service at Mankato. He did some barnstorming and instructing at Faribault. When CPT training started, Holey worked as an instructor for Elmer Hinck at Wold and then was hired by the Civil Aeronautics Administration as District Supervisor, supervising all CPT programs in the Region. He inspected and licensed all flight schools, and often gave the students their flight tests. In 1945, he was called on by the Minnesota Department of Aeronautics to serve as aviation representative under Les Schroeder, charged with rewriting all of the Minnesota Air Regulations. After the war, Holey certified all veterans training at Minnesota flight schools. His deep interest in Minnesota's aviation heritage led him and his wife, Anne, to develop an aviation history collection which included numerous recorded interviews with pioneer aviators. The collection was given to the Minnesota Historical Society. George's interest also helped enable this book to be written.