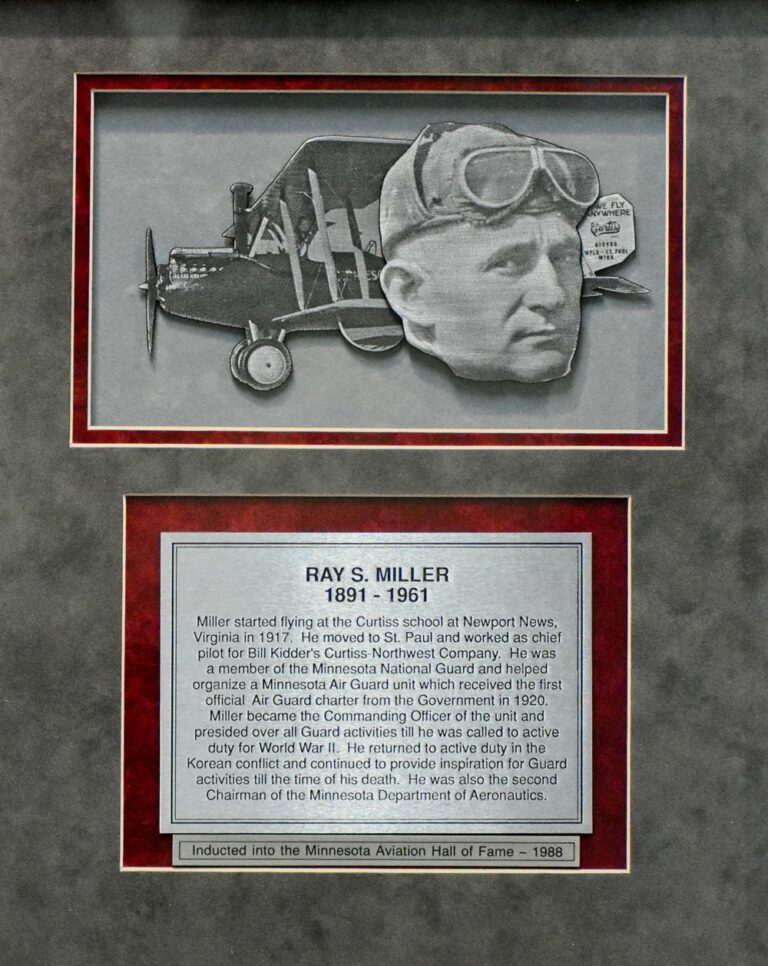 Ray Miller began flying in 1917, learning the skill at the Curtiss School at Newport News, Virginia, after World War I. He came to St. Paul and went to work for Bill Kidder at Curtiss-Northwest Airplane Company as a general working pilot, flying charters and sight-seers, and giving instruction. In 1920, as a pilot and member of the Minnesota National Guard, he and others in the unit decided to apply to Washington for a charter to create an Air Guard section. Miller, Minnesota Adjutant General William F. Rhinow and Lt. Colonel William C. Garis, Assistant Adjutant General, flew to Washington, D. C. in a Curtiss Oriole rented from Bill Kidder where they were successful in receiving the charter. The new 109th Observation Squadron was formed and in years to come, earned a respectable reputation for its help throughout Minnesota in time of need. Miller served as head of the Minnesota Aeronautics Commission in the 1930s and was active in licensing Minnesota's aircraft and pilots. He commanded the Guard squadron until World War II, when he was called to active duty and sent to Wright Field. He was called again to active duty during the Korean War, and retired from service in 1951. He continued to provide inspiration for the Air Guard until his death.